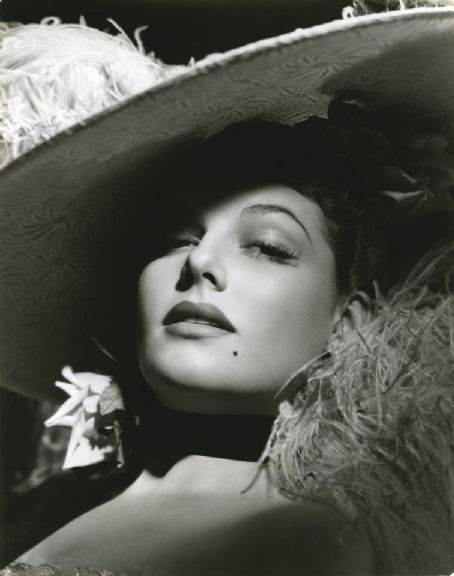 Ann Sheridan at the age of 19, made her first film in, Search for Beauty(1934), as Miss Texas. The story is about three shady characters, who want to make money through a fitness magazine, with cheesecake and beefcake photos.

They hire two Olympic champions as editors, Barbara an English diver and Don a U.S. swimmer. When they object to what is published in the magazine, they send them on a worldwide search for beauty. Barbara and Don want to start their own fitness farm, the three shady characters come up with a plan to stop them.

This film is part of the Paramount box set of Pre-Code films.

The whole film is about sex disguised as a health and exercise magazine.

20-year-old Lupino, in her American film debut, is unrecognizable with curly blonde hair and Dietrich eyebrows.

There's a hilarious scene where they decide to build the perfect woman, by finding models who are famous for their best features.. 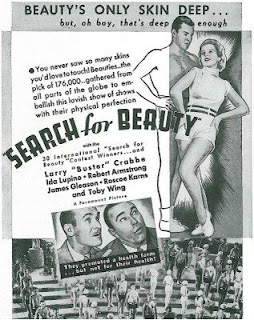 Next, she played uncredited bit parts in Paramount films for the next two years.

In 1936, she signed a contract with Warner Bros. and soon became a top sex symbol, nick named "The Oomph Girl,".

She went onto perform in films: Angels with Dirty Faces (1938), opposite James Cagney and Humphrey Bogart, Dodge City (1939) with Errol Flynn and Olivia de Havilland, Torrid Zone with Cagney and They Drive by Night with George Raft and Bogart (both 1940), The Man Who Came to Dinner (1942) with Bette Davis, and Kings Row (1942), where she received top billing playing opposite Ronald Reagan, Robert Cummings, and Betty Field.

Known for having a beautiful singing voice, Ann also performed in the musicals: Thank Your Lucky Stars (1943) and Shine On, Harvest Moon (1944).

Ann Sheridan's best known films: Nora Prentiss and The Unfaithful, both in 1947. Her next role was in, I Was a Male War Bride (1949), costarring Cary Grant.

By the 1950's, she went on to perform in the television soap opera, Another World during the mid-1960's. 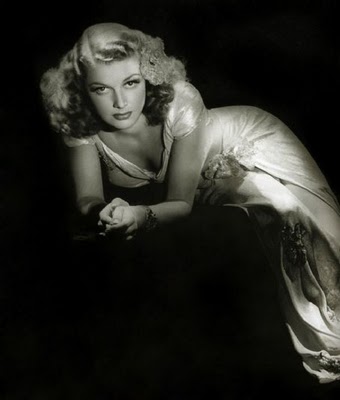