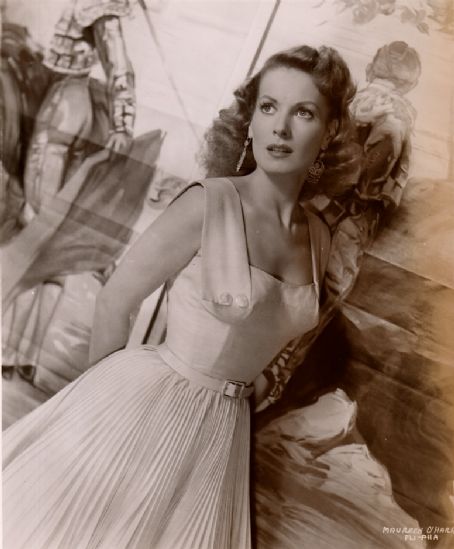 Maureen O Hara's father wanted her to learn a skill so that she would have something to fall back on, if acting did not work out. She enrolled in a business school and became a bookkeeper and typist. She used those skills many years later, when she worked taking production notes dictated by John Ford, for the film, The Quiet Man.

O'Hara was offered an seven-year contract with, Mayflower Pictures. Her first major film was Jamaica Inn (1938). Directed by Alfred Hitchcock adapted from Daphne du Maurier's novel of the same name. The first of three of du Maurier's novels that Hitchcock adapted (the others were Rebecca and The Birds). The film is a period piece set in Cornwall in 1820. The real Jamaica Inn still exists and is a pub on the edge of Bodmin Moor. The score was written by Eric Fenby.

Laughton was so pleased with O'Hara's performance that he cast her in the film, The Hunchback of Notre Dame (1939). After the completion of Hunchback, World War II began, and Laughton, realizing their studio could no longer film in London, sold O'Hara's contract to RKO. They cast her in low-budget films until she was discovered by director John Ford, who cast her in, How Green Was My Valley. Which won the 1941 Academy Award for Best Picture.

Six years later, she made what maybe her best known film, Miracle on 34th Street. The film also helped to further O'Hara's career after the film won an Academy Award Nomination for Best Picture.

O'Hara had a soprano voice and said singing was her first love and in the late '50's and early '60's, she was a guest on musical variety shows with Perry Como, Andy Williams, Betty Grable and Tennessee Ernie Ford.

In 1960, she performed on Broadway in the musical Christine and released two recordings, Love Letters from Maureen O'Hara and Maureen O'Hara Sings her Favorite Irish Songs. 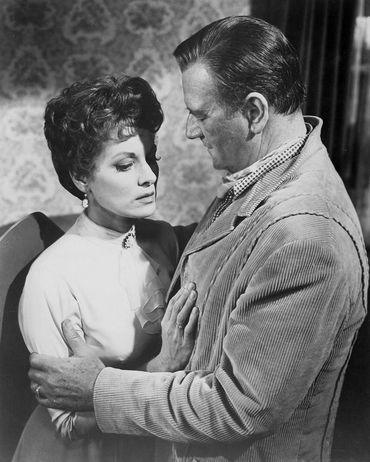 O'Hara was thought of as one of the world's most beautiful women. She is often remembered for her on-screen chemistry with John Wayne. They made five films together between 1948 and 1972: Rio Grande, The Quiet Man, The Wings of Eagles, McLintock! and Big Jake.
Posted by Dawn at 4:19 AM