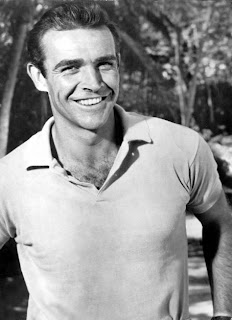 The original James Bond, Sean Connery turns 80 years old today. Outside of his six original Bond films and the one later adventure Never Say Never Again, Sean has had a solid career.

Films such as The Hunt For Red October, Time Bandits, Murder on the Orient Express, Finding Forrester, Outland, Indiana Jones and the Last Crusade, Marnie, and his Oscar winning role as Best Supporting Actor in 1987's The Untouchables. Hats off to Sean Connery.
Posted by monty at 2:31 AM