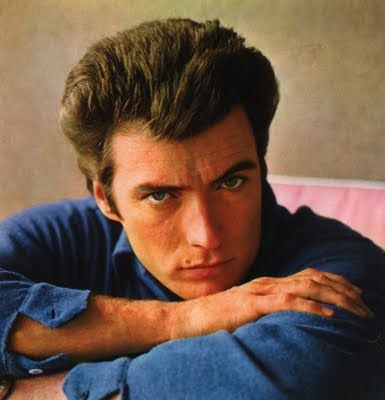 Eastwood is best known for his anti-hero roles in action and western films. Following his television series Rawhide(1958–65), he performed as the "Man With No Name" in the Dollars Trilogy of Spaghetti Westerns in the 1960s, and as Inspector Harry Callahan in the Dirty Harry films in the 1970s and 1980s. Eastwood is also known for his comedic performances, in Every Which Way but Loose (1978) and its sequel Any Which Way You Can (1980). In the films Unforgiven (1992) and Million Dollar Baby (2004), Eastwood won Academy Awards for Best Director and for producer of the Best Picture, and received nominations for Best Actor. Some other well known Clint Eastwood films, Paint Your Wagon (1969), Play Misty for Me (1971), High Plains Drifter (1973), The Outlaw Josey Wales (1976), Escape from Alcatraz (1979), Pale Rider (1985), In the Line of Fire (1993), and Gran Torino (2008), have all been successful. He has directed films, Mystic River (2003) and Letters from Iwo Jima (2006), for which he received Academy Award nominations.

TCM is featuring one of my favorite Clint Eastwood movies today. 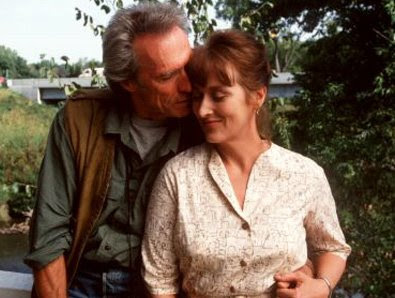 The Bridges of Madison County (1995). Romantic drama film based on the best-selling novel by Robert James Waller. The film was produced and directed by Clint Eastwood with Kathleen Kennedy as co-producer and the screenplay was adapted by Richard LaGravenese. The film stars Eastwood and Meryl Streep, who was nominated for the Academy Award for Best Actress in 1996 for her performance in the film.

The film takes place during four summer days of 1965. While Francesca, a Italian housewife in Iowa, is home alone. Her husband and children are away at the Illinois State Fair, she meets and falls in love with a photographer who has come to Madison County, Iowa to take pictures for National Geographic on the covered bridges in the area. The four days they spend together are a turning point in her life and she writes of her experience in a diary which is later read by her children after her death and they are taken back by it.

I thought Clint Eastwood was amazing in this very emotional film. It seems he steps back and allows Meryl to become the heart of the film. The film is beautifully directed, beautifully photographed and beautifully scored. The music on the radio really helps create the romantic, mood of the film. 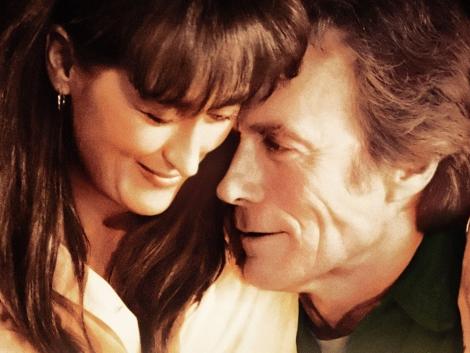 Email ThisBlogThis!Share to TwitterShare to FacebookShare to Pinterest
Labels: clint eastwood, summer under the stars 2010