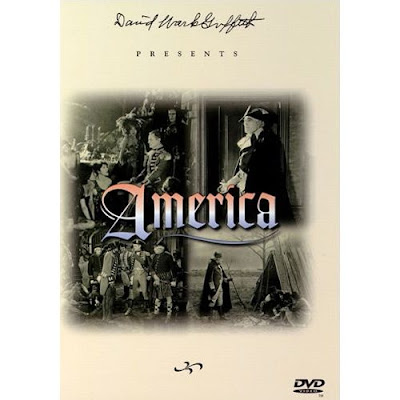 America (1924) is a silent historical drama starring Neil Hamilton, Carol Dempster and Lionel Barrymore. Directed by D.W. Griffith, this film is the story of a family caught up in the American Revolutionary War. The story begins in the village of Lexington in Massachusetts prior to the Revolutionary War. Nathan Holden, a poor Patriot farmer and express rider, played by Neil Hamilton, is in love with Nancy Montague, played by Carol Dempster, a Tory aristocrat from Virginia living on a mountain estate on the James River. Nancy’s father, Justice Montague, played by Erville Alderson, and brother, Justice Charles Montague, played by Charles Emmett Mack, both disapprove of her relationship with a Patriot. Complications ensue when during a fight on the streets of Lexington, someone pushes Nathan’s arm causing him to discharge his gun and accidentally wound Nancy’s father, Justice Montague. When Captain Walter Butler, a deputy for the king’s superintendent, played by Lionel Barrymore, takes an interest in Nancy, her father is delighted much to Nancy’s disappointment. Will Nathan and Nancy break up due to them being on opposite sides of the war? 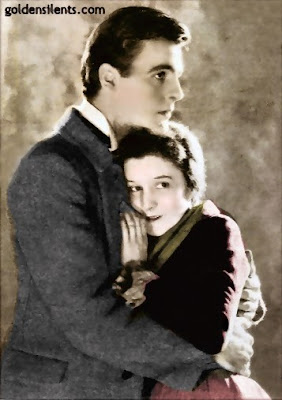 Even though “America” (1924) is discussed less than D.W. Griffith’s other highly visible films, it is vastly superior in many ways. “America” was constructed in two parts. The first sketched the background of the Revolution, and the rest of the film concentrated on the evil campaign of Butler. In 1923, Griffith began filming “America,” arousing tremendous enthusiasm among local people on the actual sites of the Revolutionary War. Vivid recreations of Paul Revere’s historical ride were performed along with the battles of Valley Forge, Bunker Hill, and the Cherry Hill massacre. Large numbers of army troops were deployed over the original battlefields. Griffith handled the historic battles of Lexington and Concord with the superb editing pace he was famous. Griffith even waited impatiently for a great snowstorm in which to shoot the Valley Forge sequence. “America” opened at the 44th Street Theater in New York on February 21, 1924, with a twelve-reel length. The film was a critical success in its initial release, but costume dramas were not popular at the height of the Roaring Twenties. Unfortunately, “America” initially lost money because it did not recover the high production costs of $795,000 until many years of distribution, reissue, and sales of stock footage tallied a final gross of $1,750,000. When the film was finished, Griffith owed six month’s salary to nearly everyone in the company. He was forced to close his Mamaroneck studio. In July 1924, Adolph Zukor hired Griffith as one of the staff of directors at Paramount. Griffith had finally lost his gamble for independence. Handsome Neil Hamilton gave one of his best performances in “America.” The characters played by Hamilton and the female star, Carol Dempster, were woven through the historical recreations in a romantic subplot, allowing the camera to focus intimately on their personal struggles. Griffith thought newcomer Carol Dempster was perfect for the love interest around which he could ignite all the history of the nation. Griffith was growing desperate because many of the stars he was credited with creating like Lillian Gish, Richard Barthelmess, Mae Marsh, and Blanche Sweet had all moved on to enjoy the benefits of the fame gleaned from his films and had signed lucrative contracts with other studios. Not everyone thought as highly of Carol Dempster as Griffith. In fact, neither audiences nor her colleagues liked her very much. Many thought Griffith was trying to make the hopelessly inept Carol Dempster, with her bump-tipped nose, into a superb actress of the quality people were in the habit of seeing in his films. I think the biggest problem with Carol Dempster was not her nose or her performances, but the perception that she was taking the place of Lillian Gish in Griffith’s films. Carol Dempster ended her career starring in four of Griffith’s last films, “Isn’t Life Wonderful” (1924), “Sally of the Sawdust” (1925), “That Royle Girl” (1925), and “The Sorrows of Satan” (1926). Carol Dempster achieved a lasting place in film history with a performance in "America" that has stood the test of time. She was the last star by the man credited with American motion picture as we know it today. Not controversial as "The Birth of a Nation" (1915), "America" (1924) was Griffith's last epic and an impressive piece of film making.

It is interesting to note that Neil Hamilton was a sometime player in stock and model for shirts in magazine ads. He got his first film role in 1918 and was chosen by D.W. Griffith to star in "The White Rose" (1923) and "Isn't Life Wonderful" (1924), becoming after that a popular star at Paramount. Hamilton was active in sound pictures as late as 1970 and on television as Police Commissioner Gordon in the "Batman" series. Neil Hamilton was a distant cousin of Margaret Hamilton, the Wicked Witch of the West in The Wizard of Oz (1939). 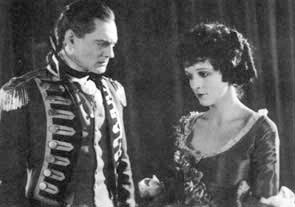 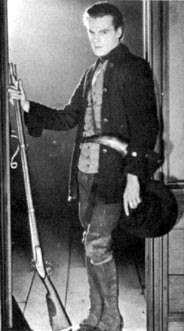 Posted by Silentfilmfanatic at 2:48 AM