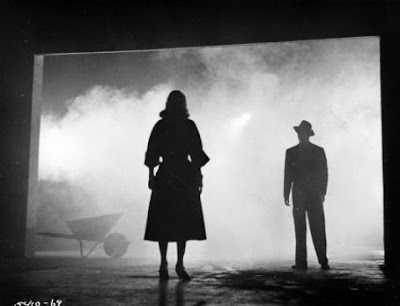 Susan is watched over by Brown's men Mingo and Fante. Who seems kidnapped and yet wanting Brown's brutal attentions. She overdoses on pills, and whispers the name "Alicia" as Diamond stays with her in the hospital. Believing this may be Brown's wife Diamond follows up on this new lead, but Brown captures and tortures Diamond and delivers him back to his boss, making him appear drunk. Will Diamond ever find enough evidence to arrest him?

Click to view the movie The Big Combo, in full. 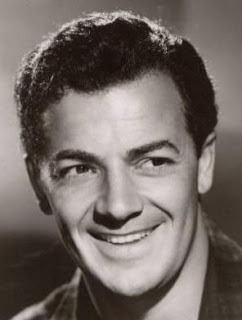 Cornel Wilde was hired as a fencing teacher by Laurence Olivier for his 1940 Broadway production of Romeo and Juliet. His performance in this role landed him a Hollywood film contract.

He had several small film roles until he played the role of Frédéric Chopin in 1945's A Song to Remember, for which he was nominated for an Academy Award as Best Supporting Actor.

In 1945 he also performed in A Thousand and One Nights with Evelyn Keyes. He spent the rest of the decade performing in romantic and swashbuckling films.

Cornel also performed in films noir, Leave Her to Heaven (1945). Cast: Gene Tierney, Cornel Wilde, Jeanne Crain, with Vincent Price, Darryl Hickman, and Chill Wills. It was adapted for the screen by Jo Swerling, based on the best-selling novel by Ben Ames Williams, and was directed by John M. Stahl. Tierney     received an Oscar nomination as Best Actress in a Leading Role for this film.

The drama tells the story of Lily Stevens who takes a job as a singer at a roadhouse. When Lily dumps the owner Jefty for his friend Pete Morgan, problems begin. They only get worse when Jefty is rejected after proposing to Lily, causing Jefty to go on a murderous rage. Lupino sings the classic Johnny Mercer song "One for My Baby (and One More for the Road)"and the song, "Again".

Shockproof (1949), starring his then wife Patricia Knight. In the 1950's, Wilde created his own film production company and produced the film noir The Big Combo (1955). Wilde played the male lead along with his second wife Jean Wallace.

That same year, he performed in an episode of I Love Lucy as himself.

In 1957, he played the role in the film Omar Khayyam. He produced, directed, and starred in The Naked Prey (1966), in which he played a naked man being tracked by hunters from an African tribe.

Email ThisBlogThis!Share to TwitterShare to FacebookShare to Pinterest
Labels: cornel wilde, the 50s, the big combo(1955)