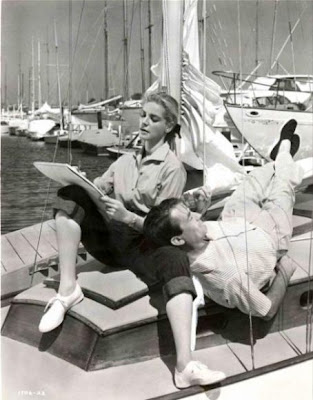 After a night of drinking, sports writer Mike Hagen, cannot remember writing his assignment until fashion designer Marilla comes over to his apartment to inform him that they wrote the story together. He suggests that they take a trip to California. While there, they decide to marry and when they return to New York, they move into Marilla's beautiful East Side apartment. Back at the newspaper office, editor Hammerstein warns Mike that crooked boxing promoter Martin J. Daylor is threatening Mike's life because of the articles he has written about Daylor. In one of the funnest scenes in the movie, Mike is having dinner with his ex-girlfriend to break off their relationship. She dumps a plate of pasta in his lap, after which Marilla walks in as she is running out. After dinner, Mike and Marilla return to their apartment, where they walk into a surprise wedding shower.

After a couple of weeks, they fall into a comfortable routine, keeping their professional worlds apart. Then one night, Marilla, wanting to spend more time with her husband, attends a boxing match with Mike, where she finds herself overwhelmed by it all. The following week, Mike and his friends meet at their apartment for the guys' weekly poker game. In another room, Marilla holds a rehearsal for Zachary's musical, for which she has been chosen to design the costumes. The evening turns into a disaster.

Marilla becomes suspicious of Mike's ex-girlfriend when he tries to hide from her their former relationship. Complicating their relationship even further is Mike's relationship with the crooked boxing promoter Martin Daylor. Mike's life is in real danger, but he hides that from her too. What happens next is a series of misadventures.

I have a huge soft spot for fluffy romance films. Bacall and Peck have great chemistry as newlyweds who have several differences to work out. Bacall is funny and stylish in her beautiful gowns and Peck is funny as a rough around the edges sports writer. 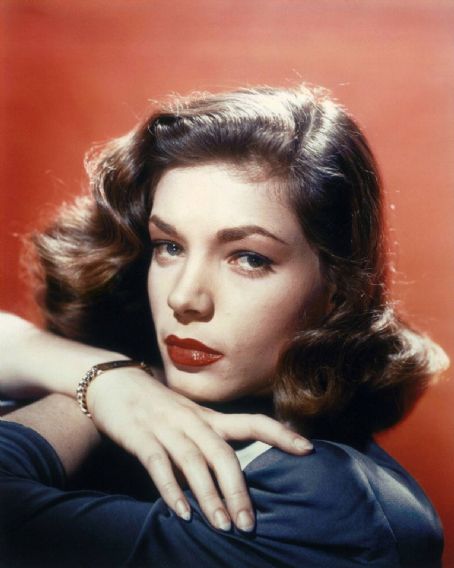 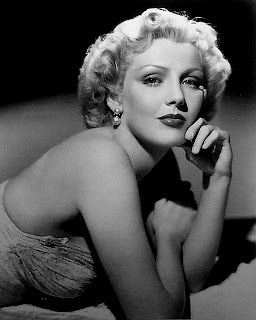 Dolores Gray (June 7, 1924 – June 26, 2002) was an American stage and film actress. During her successful music career, she sang Marilyn Monroe's part on the Decca records soundtrack album of There's No Business Like Show Business (1954).