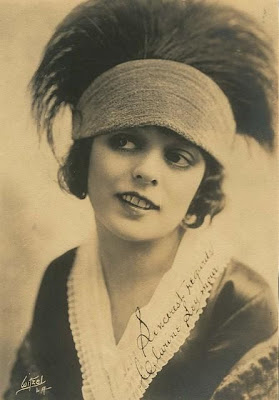 Clarine Seymour, father had to liquidate his business due to illness. In order to help out the family's finances, Clarine found work with the Thanhouser Film Company. Pathé offered her roles in a Pearl White serial and the 1917 serial "Mystery of the Double Cross". Pathé the offered her an opportunity to work for them on the West Coast, which she accepted. The job gave her work in the Toto the Clown series for the Rolin Company. Rolin brought a lawsuit against her because of a stunt she refused to perform, but she won, assuming her career was at an end. She soon got work with Al Christie Comedies, but only for a short time. In 1918, she was introduced to D.W. Griffith and was given a part in "The Girl Who Stayed at Home" (1919) She was immediately cast as "the other woman" in "True Heart Susie" (1919) with Lillian Gish and Robert Harron in the leads. Once again she was cast in a secondary role to the two leads, played by Richard Barthelmess and Carol Dempster, in Griffith's "Scarlet Days"(1919). Seymour also performed in "The Idol Dancer" (1920) as she played the female lead, island girl Almond Flower, opposite Richard Barthelmess. After being signed for a four-year contract, she began work on "Way Down East" (1920), but died suddenly on April 25, 1920, her part being assumed by Mary Hay. Most historians believe Seymour's looks and style would have been well-suited for the 1920's.
Posted by Dawn at 4:55 AM