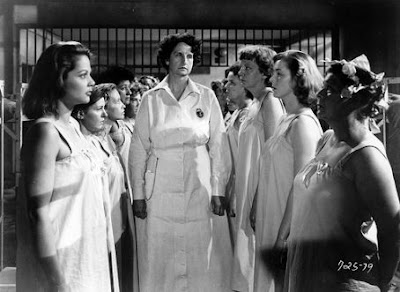 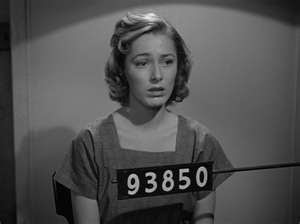 Among the new prisoners at the Women's State Prison is 19 year old Marie Allen, who has been sentenced as an accessory in a armed robbery where her husband was killed. During Marie's physical they find out that she is pregnant, the warden, assigns her to work in the laundry. When the matron of Marie's cell block learns that Marie has no money, she reassigns her to scrubbing floors. Marie is befriended by Smoochie, Kitty Stark and Claire, who believe most of the women are in prison because of men.

Marie is still in jail when the baby is born, she hopes that her mother will take the child until she is paroled.

Kitty invites Marie to join her shoplifting racket when she gets out, telling her that even if she is paroled, she will be forced to stay in jail until she is offered a job. Marie, turns her down. One of the convicts then has a breakdown and when June, is denied parole, she hangs herself.

After Marie goes into labor, the doctor is disgusted by the prison conditions and goes to the medical board. The Warden is aware of the matrons treatment of the women, but her efforts to have the matron fired are always stop by her political friends. Her request for teachers and a psychologist are also denied by the prison board.

Marie's mother refuses to take her baby, so she puts him up for adoption and as Marie's parole hearing nears, Kitty renews her job offer. Even though the matron gives favorable recommendation, Marie's parole is denied. Will her experience in prison change her from a Innocent young girl into a hardened convict? 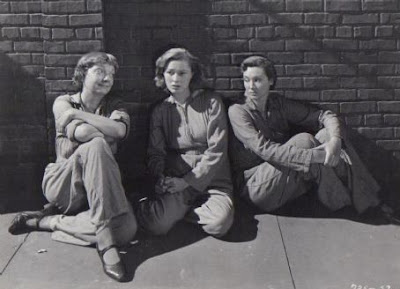 I thought this film was very engaging and you will find yourself getting wrapped up in the characters and how they choose to cope in unbearable circumstances. 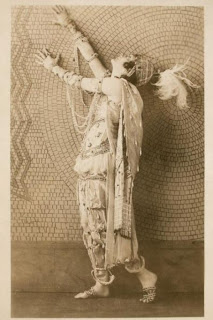 Gertude Hoffmann, began her film career in Germany in 1918, aged 40, but made her American film debut in 1933.

She made quite a few films over the next 20 years, though many of her parts were unbilled.

She played Mrs. Odets on Gale Storm's My Little Margie, a situation comedy that alternated between CBS and NBC from 1952 to 1955. The series was created by Frank Fox and produced at Hal Roach Studios by Hal Roach, Jr. and Roland D. Reed. My Little Margie premiered on CBS as the summer replacement for I Love Lucy on June 16, 1952.