A Tribute to Nita Naldi


A Tribute to Nita Naldi

When actress Nita Naldi came on the scene, the day of the serious vamp was ending. Theda Bara had retired in 1919, and fellow vamps Valeska Surratt, Virginia Pearson, and Louis Glaum were also fading away. Nita was one of those women who bridged the gap between the vamp and the jazzy little flapper. Pola Negri, Barbara La Marr and Dagmar Godowsky were neither one thing nor the other, and their careers ultimately suffered . 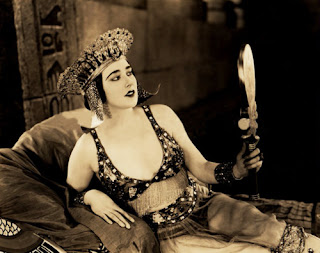 Even though Nita Naldi was not the greatest actress of her day, she enjoyed a respectable run in the 1920’s, including three films with Rudolph Valentino.

Nita went to an Italian convent in Hoboken, New Jersey where her great-aunt was the Mother Superior and she grew up in Fort Lee, New Jersey, the East Coast center of film production.

Stage Struck, Nita left school and started a modeling career. She eventually began appearing onstage with The Passing Show (1918) and the scandalous hit Aphrodite (1919). In 1920, Nita appeared in “The Bonehead and Opportunity” and then got her first film role.

Although Dr. Jekyll and Mr. Hyde is always mentioned as her feature film debut, she actually appeared in Selznick’s A Divorce of Conscience (1921), filmed in Fort Lee, New Jersey. She was already renamed Nita Naldi when discovered by John Barrymore and cast as a Spanish vamp.  The mid 20’s were good to Nita. Someone at Jesse Lasky’s Paramount studios spotted Nita and cast her as Dona Sol in her first film role with Rudolph Valentino, Blood and Sand (1922). Aside from Blood and Sand (1922), in which she is campy, she was selected by Spanish novelist Vicente Blasco Ibanez. Nita also vamped Rudolph Valentino in A Sainted Devil (1924) and Cobra (1925). Nita was shipped out to the West Coast with a five-year contract.

By 1923, Nita was appearing in film after film for Paramount such as “Lawful Larceny” “Glimpses of the Moon” “You Can’t Fool Your Wife” and “Hollywood” Her 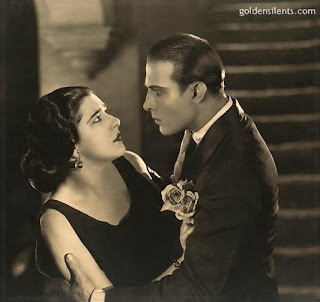 biggest hit that year was Cecil B. DeMille’s “The Ten Commandments” in which she played an evil half-caste vamp who lures Rod La Rocque away from Leatrice Joy. 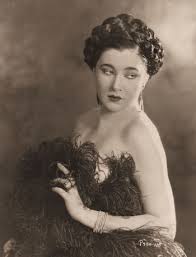 Nita’s highly dramatic death scene is never to be forgotten once viewed. However, as early as 1924, she loved to get away from vampire roles. Everything about Nita made headlines, from her 1923 appendectomy to her weight gain due to her diet of lamb chops and pineapple. 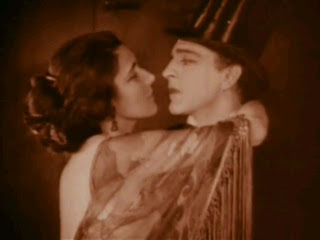 Nita took off for Europe in the summer of 1924 with Rudolph and Natasha Rambova Valentino to make “The Hooded Falcon,” but the film never came out. Nita was reported to be married to Cleveland banker Giacimel Sanges, but he was already married. In November of that year Nita took off for Europe again without telling Paramount. The studio put out an all-points bulletin, even contacting the State Department. This time, Nita did find a husband in Europe, a wealthy middle-aged businessman named J. Searle Barclay. She and Barclay lived in Paris, Hungary and Germany, returning to the United States some time after the stock market crash. By 1933, they declared bankruptcy. Barclay died in 1945, and Nita’s plight became more desperate. Nita moved into The Hotel Wentworth, a seedy establishment off Times Square. Her rent was partially paid by the Actor’s Fund. 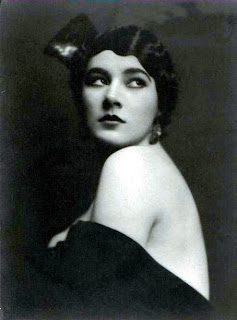 After her death, a rumor was started that Nita had been a drug addict. There is not a shred of evidence to support this claim, but it’s easy to see had it all started. Nita frequently went faint because of a heart condition. Nita was also nearly blind for the last ten years of her life. 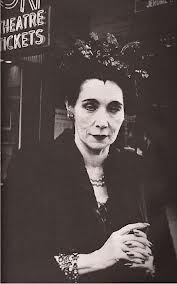 Nita was philosophical about her rise and fall. She had no complaints, even though she could never keep a nickel. Nita died of a heart attack in her sleep on February 17, 1961, just shy of her sixty-fourth birthday.

Posted by Silentfilmfanatic at 12:25 PM