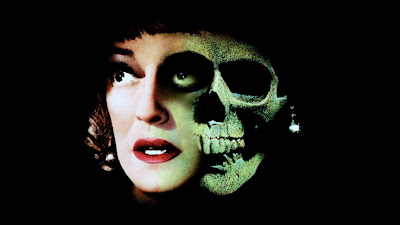 Dead Ringer, also known as Who is Buried in my Grave? (1964). Thriller directed by Paul Henreid from a screenplay by Oscar Millard and Albert Beich from the story La Otra by Rian James. The music score was by Andre Previn and the cinematography by Ernest Haller. Cast: Bette Davis, Karl Malden and Peter Lawford with Philip Carey, Jean Hagen, George Macready, Estelle Winwood, George Chandler and Cyril Delevanti. The jazz combo in Edie's Bar was composed of electronic organist Perry Lee Blackwell and drummer Kenny Dennis, both noted musicians, but uncredited in the film.

The film is the second time Davis played twin sisters, the first, A Stolen Life(1946). For this reason, Dead Ringer is sometimes mistakenly listed as a remake of A Stolen Life.

Lana Turner turned the film down because she didn't want to play twins. 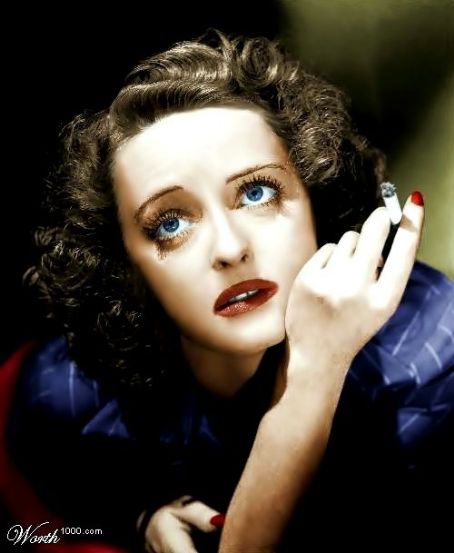 After a separation of 18 years, Edith Philips meets her twin, Margaret de Lorca, at the funeral of  her husband. When Edith learns that Margaret had tricked the man she loved into marriage, she lures Margaret to her apartment, signs her own name to a suicide note and then shoots her sister.

After changing clothes with her dead sister, she moves into the de Lorca mansion and begins living her sister's life. Things are going well until she meets Margaret's secret lover, Tony Collins.

He quickly learns the truth and threatens to blackmail her, Edith realizes that he and Margaret murderd de Lorca.

They begin to struggle and Tony is killed by the family's Great Dane. The police become suspicious and exhume the body of the dead husband. Arsenic is found and Edith is arrested for murder.

She tries to convince her former boyfriend, Sgt. Jim Hobbson, that she is really Edith, but... will he ever believe her story?

If you enjoy thrillers with lots of twist and turns, this movie is for you. Even though Bette's character is a murderess, you may hope for a minute that she gets away with it. The poker scene will keep you sitting at the edge of your seat. The supporting cast is also good, especially Karl Malden. 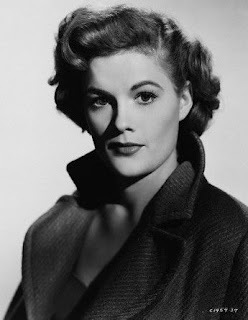 Jean Hagen (August 3, 1923 – August 29, 1977). She studied drama at Northwestern University and worked as a theater usherette before making her Broadway theatre debut in Another Part of the Forest in 1946.

On Broadway, she was understudy for Judy Holliday in Born Yesterday.

Her film debut was as a femme fatale in Adam's Rib in 1949. The Asphalt Jungle (1950) provided Hagen with her first starring role.

She appeared in the film noir Side Street (1950) playing a gangster's sincere, but none-too-bright, gun moll.

She is best remembered for her comic performance in Singin' in the Rain as the vain and talentless silent movie star Lina Lamont; Hagen received an Academy Award nomination for Best Supporting Actress.

By 1953, she was in the television sitcom Make Room for Daddy. As the first wife of Danny Thomas, Hagen received three Emmy Award nominations, but after three seasons she left the series. Thomas, who also produced the show, reportedly didn't appreciate Jean leaving the series and her character was killed off. This was the first TV character to be killed off in a family sitcom. Marjorie Lord was cast a year later as Danny's second wife.

She performed as Frida Daniels in The Shaggy Dog with Fred MacMurray.

In 1960, she appeared as "Elizabeth" in the episode "Once Upon a Knight" of CBS's series The DuPont Show with June Allyson. Although she made frequent guest appearances in various television series, she was unable to successfully resume her film career and for the remainder of her career she played supporting roles: Marguerite LeHand, personal secretary to Franklin Delano Roosevelt in Sunrise at Campobello (1960), as the title character in season 2, episode 3 of The Andy Griffith Show titled "Andy and the Woman Speeder" (1961).

She performed as the friend of Bette Davis in, Dead Ringer (1964).

In the 1960's, Hagen's health began to decline and she spent many years hospitalized or under medical care.

In 1976, she made a comeback playing character roles in episodes of the television series: Starsky and Hutch and The Streets of San Francisco and made her final film appearance in the 1977 television movie Alexander: The Other Side of Dawn. 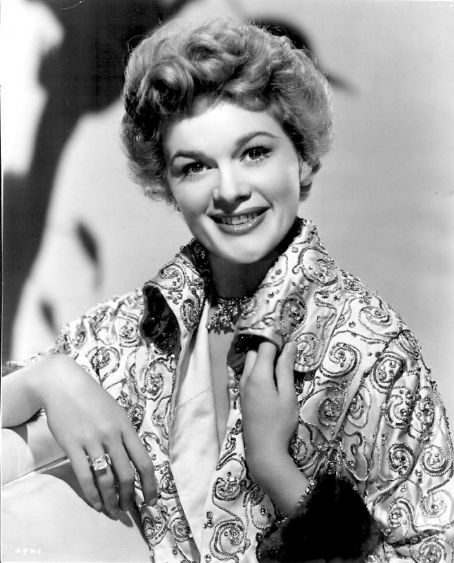