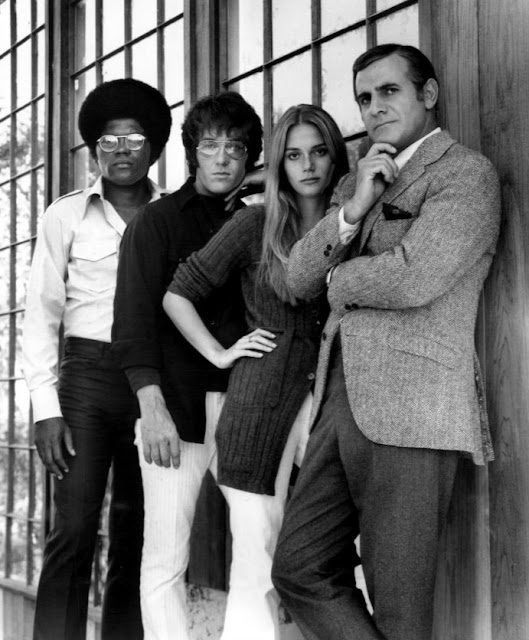 The Television series Mod Squad, ran on ABC from September 24, 1968, until August 23, 1973. Cast: Michael Cole, Peggy Lipton, Clarence Williams III, and Tige Andrews. The executive producers of the series were Aaron Spelling and Danny Thomas. The series was created from the true experiences of Bud Ruskin, a former police officer. While a member of the Los Angeles Sheriff's Department in the 1950's, he was a part of an undercover narcotics squad made up of young officers.

Mod Squad, was one of my favorite shows because they were from the Flower-Children era and wore love beads and bell bottoms. They also had psychedelic pads, a Woody station wagon that they rode around in and used the slangs of the day.. The show used the popular topics of the era: student unrest and anti-war statements, that could only have worked in the late 60's.

The Mod Squad was about three troubled kids who had dropped out of society and had had a run-in with the law:

Pete had been kicked out by his wealthy Beverly Hills parents and stolen a car.

Julie was the daughter of a San Francisco prostitute who had run away from home and had been arrested in L.A. for vagrancy.

All three were on probation when they were hired by Captain Adam Greer to form a "youth squad".

Please click here to read my past review at the "Cafe". 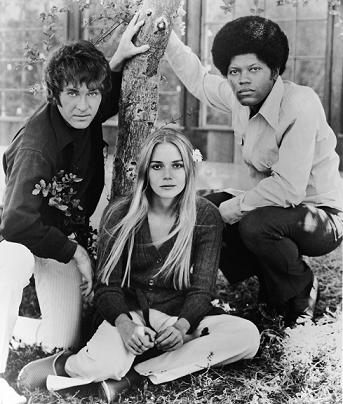