"Gigi" won a record-breaking 9 Academy Awards (at the 1959 Awards ceremony). 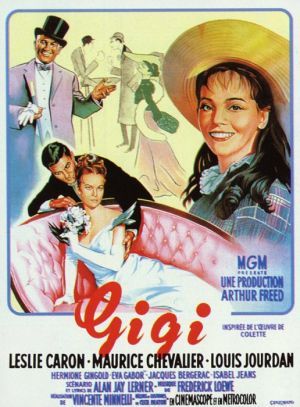 Gigi won a record-breaking 9 Academy Awards (at the 1959 Awards ceremony). In tribute to Gigi's domination of the Oscars, the MGM switchboard answered calls the following day with "M-Gigi-M".

To honor 1958's best films, the 31st Academy Awards ceremony was held on April 6, 1959. The show's producer, Jerry Wald, started cutting numbers from the show to make sure it ran on time.

Ingrid Bergman presenting producer Arthur Freed with the Oscar® for Best Picture for "Gigi" at the 31st Academy Awards in 1959.

Unfortunately, he cut too much material and the ceremony ended 20 minutes early, leaving Jerry Lewis to attempt to fill in the time. Eventually, NBC cut to a re-run of a sports show.

The film Gigi won nine Oscars, breaking Gone with the Wind's record of eight. It only lasted for one year, as Ben-Hur broke the record with eleven Oscars the following year. Gigi was also the last film until The Last Emperor, winning all 9 of its nominations. The record was broken in 2003 by The Lord of the Rings: The Return of the King. 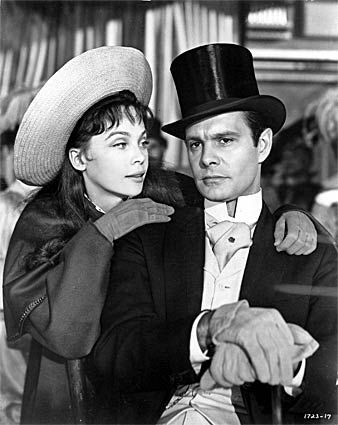 Gigi is a 1958 musical/ romantic/comedy directed by Vincente Minnelli. The screenplay by Alan Jay Lerner is based on the 1944 novella of the same name by Colette. The film features songs with lyrics by Lerner; music by Frederick Loewe, arranged and conducted by Andre Previn.

Honore Lachaille grandson Gaston, enjoys spending the afternoon with Madame Alvarez and her granddaughter, Gigi. Who is being trained by her Great Aunt Alicia, to be a courtesan. Gigi, is not to sure she wants to follow in her great aunts footsteps.

After Gaston publicly embarrasses his cheating mistress, he decides to take a vacation by the sea. Gigi, makes a bet with him... if she beats him at a game of cards he must take her and Mamita along. He accepts and of course she wins. During their vacation, Gigi and Gaston, learn Honore and Mamita were once in love.

When Gaston sees Gigi wearing a white gown, he tells her she looks ridiculous and storms out, but.. later returns and apologizes, offering to take her to tea.

Mamita refuses, telling him that his company might damage Gigi's future. Gaston, once again storms out and wanders the streets of Paris. He later returns wanting to take Gigi as his mistress.

Gigi, tells him she wants more from life than to be passed from one man to another. Gaston, leaves heartbroken. Gigi, later realizes that she can not live without him.

Gaston takes the now sophisticated Gigi, to dinner at Maxim's, where the stares of other patrons make Gaston, realize his love for her.

For me.. Gigi, as one of the most wonderful musicals ever made. You will never forget the songs: "I Remember it Well," "The Night They Invented Champagne," "Thank Heaven For Little Girls," as well as the title track... "Gigi"

Writers Colette and Alan Jay Lerner chose Audrey Hepburn for the title role, which she performed on stage in 1952. Unfortunately, in 1958 Hepburn was busy with other films and could not commit.

After Alan Jay Lerner and Frederick Loewe had composed a few songs, they took them to Maurice Chevalier who loved them and immediately agreed to star in the film.

The entire film was written, cast and ready to shoot in four and a half months.

Most of the film was shot on location in Paris, with the last few numbers being completed in an apartment that MGM constructed on their backlot.

The film won all 9 Academy Awards that it was nominated for, more than any other film at that point in Oscar history. That record has since been eclipsed by Ben-Hur (11 wins), The Last Emperor (9 wins), Titanic (11 wins) and The Lord of the Rings: The Return of the King (11 wins).

The biggest money-maker for Vincente Minnelli from his years at MGM.

From 1954-56, Arthur Freed had to battle the Hays Code in order to bring Colette's tale of a courtesan-in-training to the cinema. He eventually convinced the film industry's Code Office to view the story as condemning rather than glorifying a system of mistresses. 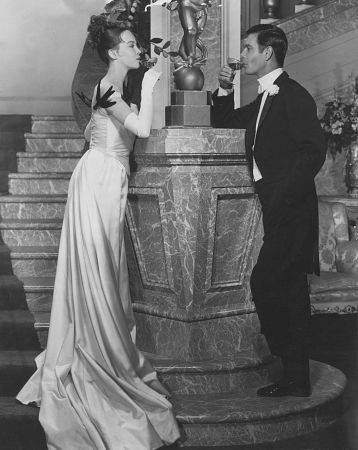