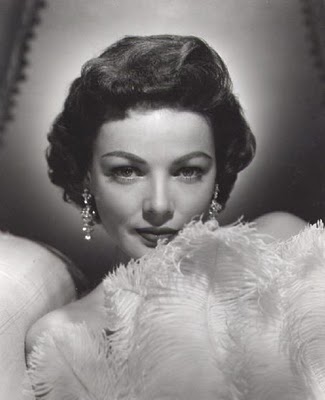 Just before famous actress Iris leaves on a trip, she has her Broadway producer husband Peter Denver, promise that he will attend a cocktail party being held by Carotta Marin, the star of his new show.

Peter does not feel much like going, because he really does not care for Lottie. At the party he meets Nancy Ordway, a 20 year old hopeful writer who was not invited. Wanting to leave the party early Peter invites Nancy to dinner and promises her that his intentions are strictly platonic.

That night, when Peter talks to Iris on the phone about the party he tells her about having dinner with Nancy. Iris believes that Nancy is only looking for a writing job with Peter .

Nancy finds a waitress job at Sylvia's Cafe, where, she meets famous artist Claire Amberly and her law student brother, John. Claire moves into her apartment and begins dating John.

Later, Nanny visits the theater where Gordon is working, but.. Gordon has left for the day, Nancy meets Brian, who charms her. He brags to her that he is married to a famous actress.

Ten days after she met Peter at the cocktail party, Nancy calls him at his office, he takes her on another dinner date. After dinner, Peter and Nancy go to his and Iris's beautiful apartment, where Nancy says that she wants to be a famous writer. Nancy thinking she can work better in such a beautiful apartment, Peter, allows her to work there during the day, while he is at work. Things take a turn for the worse and he finds out Nancy is not as innocent as she appears to be.

Very impressive cast and this film may remind you a little of All About Eve. I'm not really a fan of Heflin but he did ok in this film. It was fun to see Rogers playing the diva wearing the pants in her marriage, but I have to say she looks fabulous. Tierney, my favorite actress gets a few good scenes. Raft, makes the perfect detective. One of the things that caught my attention was, the witness from the movie theater who later in life became TV producer Aaron Spelling. 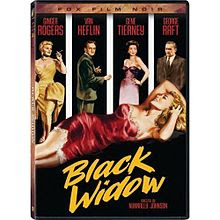 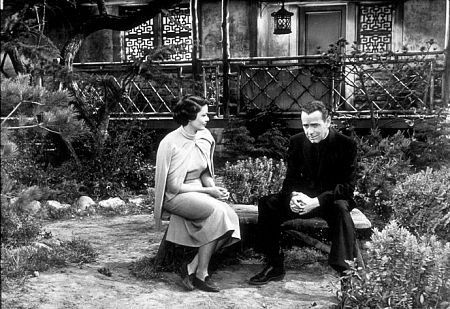 After American Plot Jim Carmody, crashes his plane in China, he was rescued by a warlord, General Yang and becomes his trusted adviser. After one of the soldiers kills the priest, Father O'Shea, Carmody decides to masquerade as the dead priest and makes his escape. There he meets missionaries Beryl and David Sigman.

Still posing as the priest, he falls in love with a mission nurse named Anne Scott. Carmody writes to the bishop, confessing that he is an impostor. Then General Yang arrives, insisting that Carmody rejoin his army or else he will burn down the village. Carmody challenges him in a game of dice, will he win his freedom and the safety of the villagers? 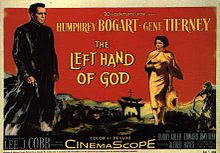 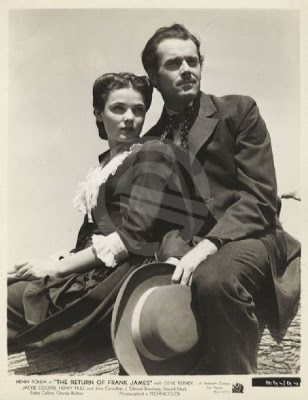 After the Minnesota robbery, several members of their gang are killed, the James brothers decide to split up and Frank travels on to Missouri. Frank changes his to name Ben Woodsen, and becomes a farmer with his friends, Pinky and Clem.

It is not long, when Frank hears that his brother Jesse has been shot in the back by one of the Ford brothers, who has been sentenced to hang for their crime. Frank decides it is better to let the law deal with the Fords, until he reads that they have been pardoned and awarded money.

Wanting them to pay for the murder of his brother, Frank goes looking for the Fords, who have headed West. Frank needing money robs the railroad express office, saying that it was the railroad who killed his brother.

Things start to get complicated when Clem insists that he join up with Frank. In the gunfight, the watchman is killed and Frank is accused of the murder. McCoy, the head of the railroad, offers a reward for Frank, and his gang. George, follows the gang West, knowing that Frank will be hot on their trail.

After reaching Denver, Frank and Clem come up with the story of Frank's death, which is picked up by newspaper reporter Eleanor Stone and printed in her father's paper.

Eventually, Frank learns that his friend, Pinky has been arrested and is about to be hung. Frank, now has to decide what is more important getting the Fords or helping Pinky.

I think my favorite part of the film were the courtroom scenes, where Frank is being judged, by a very partial jury.

Fun Facts: The studio changed the facts for entertainment. Frank surrendered 6 months after Jesse James' murder, both Ford brothers were already dead and Frank had nothing to do with their deaths. The original script had Frank romantically involved with the reporter played by Gene Tierney, but the studio was worried of a possible lawsuit by Frank's widow and/or son, so it was eliminated from the script. 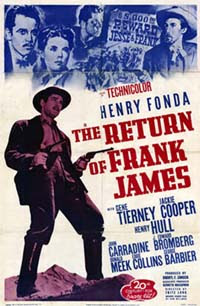 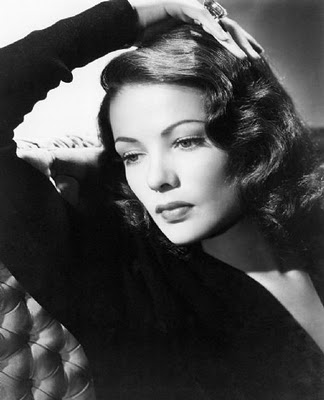 Where the Sidewalk Ends(1950). Noir. Director and produced by Otto Preminger. The screenplay for the film was written by Ben Hecht, and adapted by Robert E. Kent, Frank P. Rosenberg, and Victor Trivas. The screenplay and adaptations were based on the novel Night Cry by William L. Stuart. Cast: Dana Andrews, Gene Tierney, Karl Malden and Gary Merrill.

New York City Police Detective Dixon, who's already in trouble with his superiors for his interrogating methods. Accidentally hits Paine in self-defense and kills him. Dixon dumps Paine's body in the river, and is later assigned to find his killer. Dixon tries to place the blame on an old gangster, Tommy Scalise, but.. somehow the blame for the killing points to cab driver Jiggs Taylor. Because he had reasons to want his abusive son-in-law dead.

During the investigation Dixon falls in love with Jigg's daughter, Morgan Taylor-Paine. Dixon tries to clear the cab driver without implicating himself. Unfortunately, things start to get too complicated. Detective Lt. Thomas, is convinced that the cab driver is the killer. In an attempt to save the cab driver and blame Scalise, Dixon becomes involved in a shoot-out which leaves Scalise dead and Jiggs is cleared of all charges.

Will Dixon ever decide to do the right thing?

I thought Where the Sidewalk Ends, is one of the best detective films of the 50's.

Fun Fact: This is the last in a series of films that Otto Preminger made for Twentieth Century Fox in the 1940's. The series includes "Laura", which also stars Gene Tierney and Dana Andrews, "Whirlpool", and "Fallen Angel". 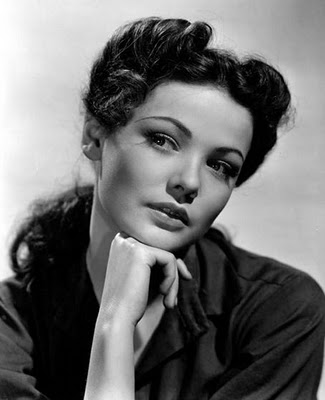 After her family's mansion is burned down by Yankee soldiers for hiding Captain Sam Starr, Belle Shirley promises to take revenge. Breaking Starr out of prison, she joins his group who make plans to attack banks and railroads and enemy troops. Belle and Sam are married and trouble begins when Sam lets a couple of ruthless men into the gang.

I remember seeing this film many years ago and fell in love with it. I have always liked civil war films. Gene Tierney is beautiful as always, but..did not care much for her southern accent throughout the film. Randolph Scott is wonderful as captain Sam Starr. I do not want to give the ending away.. Good performances at end. 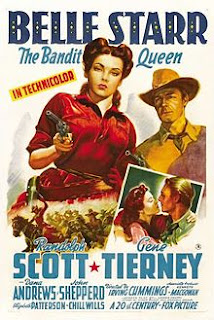 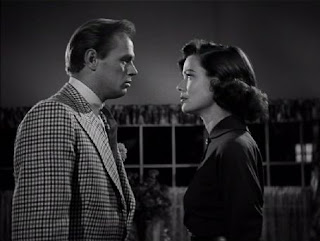 Night and the City (1950). Is a film noir directed by Jules Dassin and starring Richard Widmark and Gene Tierney. It is based on the novel of the same name by Gerald Kersh. Shot on location in London, the plot revolves around an ambitious hustler whose plans keep going wrong.

The picture is considered a classic of the film noir genre. Director Dassin later confessed that he never read the novel the movie is based upon. In an interview appearing on The Criterion Collection DVD release, Dassin recalls that the casting of Tierney was in response to a request by Darryl Zanuck, who was concerned that personal problems had rendered the actress "suicidal," and hoped that work would improve her state of mind.

The film's British version was five minutes longer, with a more upbeat ending and featuring a completely different film score. Dassin has endorsed the American version as closer to his vision. 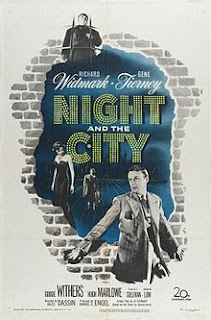 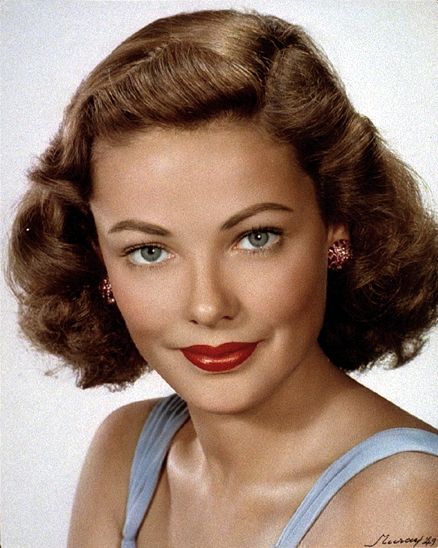 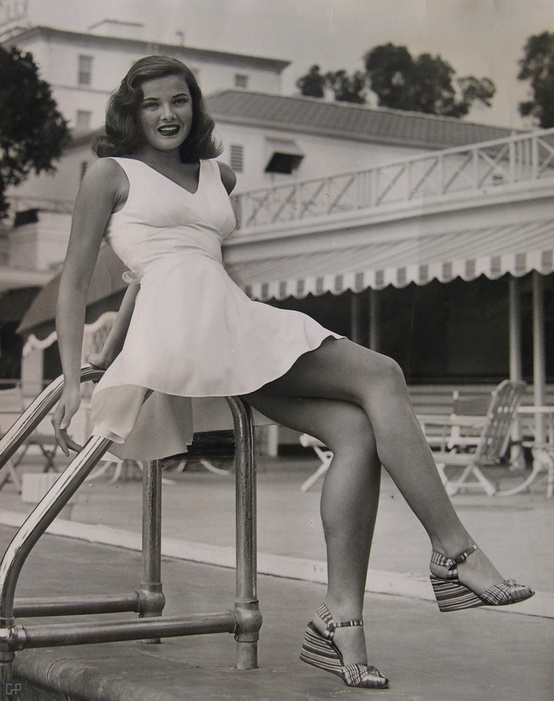 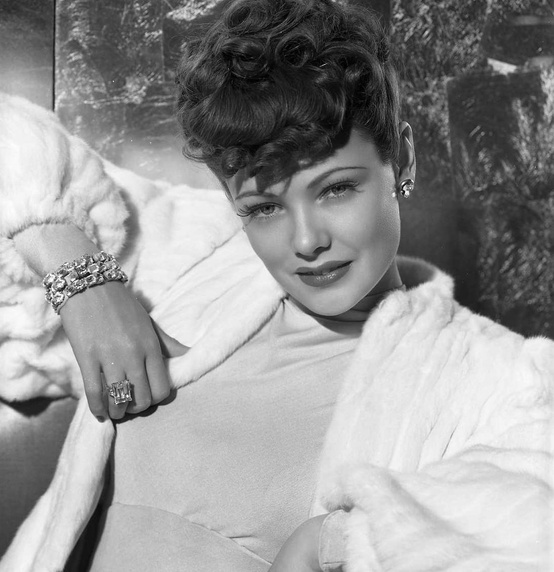