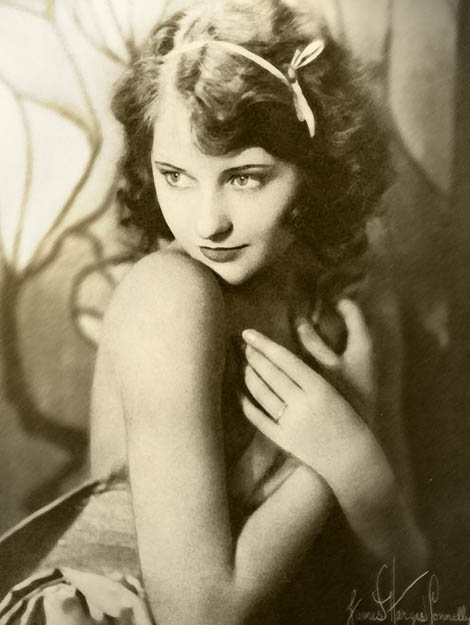 Ladies of Leisure (1930). A romantic drama film directed by Frank Capra. Cast: Barbara Stanwyck and Ralph Graves. The screenplay by Jo Swerling is based on the 1924 play Ladies of the Evening by Milton Herbert Gropper.

Artist Jerry Strong, sneaking out of his own party to take a nice drive in the country, Jerry meets Kay Arnold along the way (escaping from another party aboard a yacht) a ride back to the city. Attracted to her, he offers her a job as his model for a painting he named "Hope".

In their first session, Jerry wipes off Kay's makeup and then invites her on a cruise to Havana. She declines his offer. As they get to know each other better, Kay falls in love with Jerry which shows in her face, which Jerry finds inspiring. He paints so late into the night that he offers to let her sleep on his couch.

The next morning, Jerry's father John shows up and demands that he gets rid of Kay and marry his longtime fiancee Claire. John has found out all about Kay's checkered past, which she does not deny. When Jerry refuses, John cuts him off. Kay decides to leave, which forces him to declare his love for her. She suggests they run off to Arizona. Jerry's mother comes to see Kay and begs her to give him up for his own good. Kay tearfully agrees and makes plans to go to Havana with Bill. Her best friend Dot Lamar goes to tell Jerry, but by the time she reaches him, the ship has sailed. Despondent, Kay jumps into the water. Will she be saved in time or go into a watery grave ? 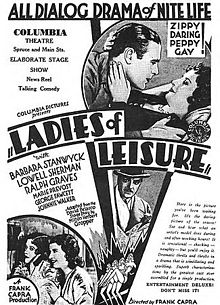 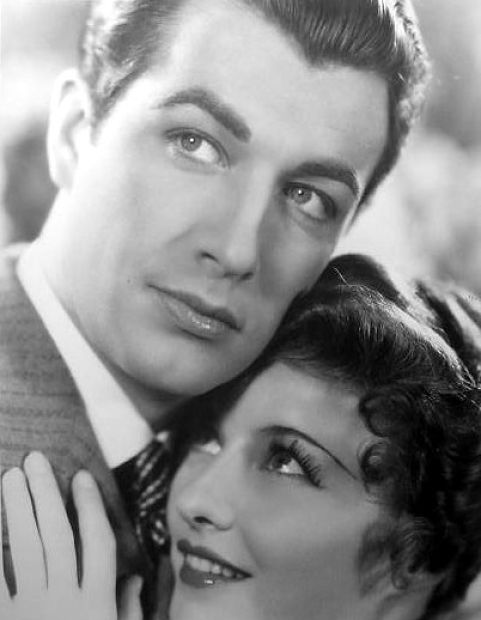 This Is My Affair (1937). This is a crime film starring Robert Taylor, Barbara Stanwyck, Victor McLaglen, and Brian Donlevy. A U.S. Navy officer goes undercover to break-up a gang of bank robbers and falls in love with the stepsister of one of the bank robbers. 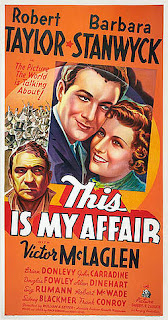 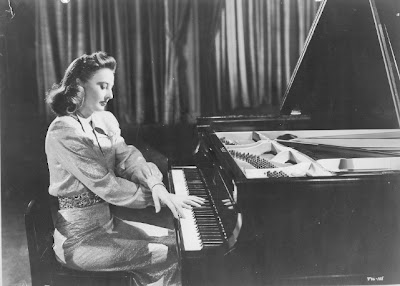 The Other Love(1947). A seriously ill, concert pianist Karen Duncan is admitted to a Swiss sanitorium. Despite being attracted to Dr Tony Stanton she ignores his warnings of possibly fatal consequences unless she rests completely. She decides to travel to Monte Carlo with Paul Clermont. 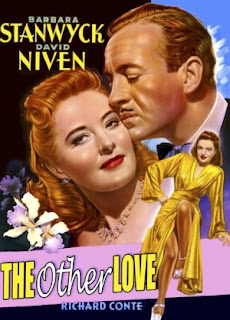 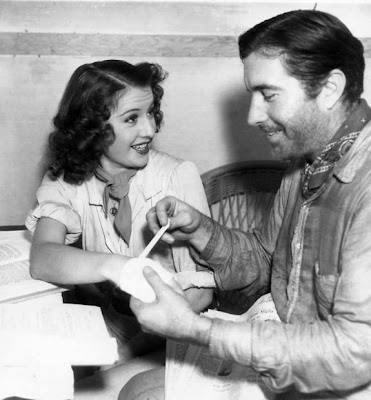 A Message to Garcia(1936). An American war film directed by George Marshall and starring Wallace Beery and Barbara Stanwyck, John Boles and Alan Hale, Sr.. The film is inspired by the 1899 essay A Message to Garcia by Elbert Hubbard, loosely based on an incident during the Spanish-American War.

The essay had previously been made into a 1916 silent film A Message to Garcia. Agent Rowan carries a message from President McKinley to General Garcia the leader of a rebellion against Spanish rule on the island of Cuba during the time of the Spanish-American war. 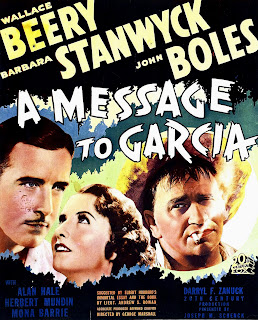 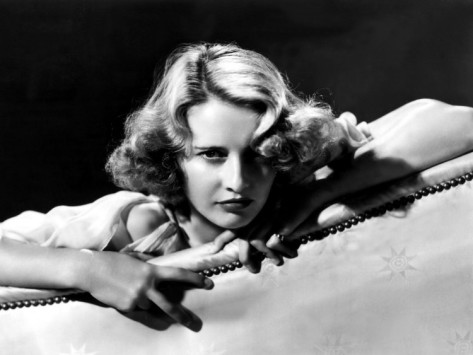 Stella Martin, the daughter of a mill worker in a post-World War I Massachusetts factory town, sets her sights on mill executive Stephen Dallas and catches him at an emotionally vulnerable time. Stephen is the son of a man who killed himself after losing his fortune. Penniless, Stephen disappeared from high society, intending to marry his fiancee Helen once he was financially able to support her. However, he reads in the newspaper the announcement of her wedding. So he marries Stella.

A year later, their daughter Laurel is born. To Stella's surprise, while out partying she cannot help but think about her child. Stella's wishes to rise socially is redirected to her daughter. Laurel, is the only bond between her parents. He tries to help Stella become more refined, but without success. He also strongly disapproves of her continuing friendship with the vulgar Ed Munn.

When Stephen receives a promotion that requires him to move to New York, Stella tells him he can go without her or Laurel and they separate. Laurel stays with her mother, but visits her father periodically.

Years later, Stephen runs into Helen, now a wealthy widow with three sons. They renew their love affair. Stephen asks Stella for a divorce, but she turns him down. Stella takes Laurel to a fancy resort, where Laurel and Richard Grosvenor III fall in love.

After Stella, recovering from an illness, becomes ridiculed for her tacky appearance. Embarrassed, Laurel wants to leave at once without telling her why.

On the train, Stella overhears the truth. When Stella goes to speak with Helen, she learns that they are in love and she agrees to a divorce and asks that Laurel live with them. Helen, understands and agrees. When Laurel learns of the agreement, she refuses and returns home. Stella, pretends that she wants Laurel off her hands so she can marry Ed Munn and travel to South America. Heatbroken Laurel runs back to her father.

Later, Laurel and Richard get married. Stella watches from across the street through a window (whose curtains have been opened at Helen's order), she goes unnoticed and slips away in the rain. 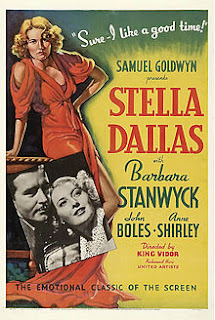 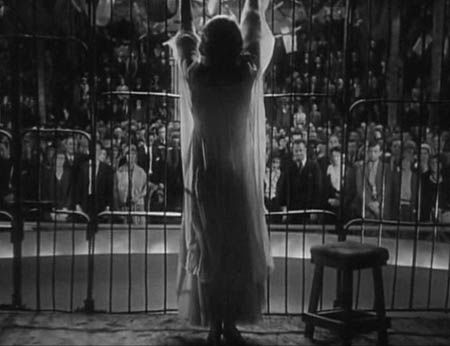 The Miracle Woman(1931). A film released by Columbia Pictures about a woman preacher played by Barbara Stanwyck, in a role inspired by Aimee Semple McPherson and the blind man who loves her played by David Manners. Directed by Frank Capra, it was the second of his five film collaborations with Stanwyck. It was based on John Meehan and Robert Riskin's play Bless You, Sister.

Florence Fallon, is outraged when her minister father is fired after many years of service to make way for a younger man. She tells the congregation what she thinks of them. Her bitter, impassioned speech impresses Bob Hornsby, who convinces her to become a phony preacher. She builds up a devoted following. Then, she meets a blind John Carson and falls in love and the sham comes to an end. 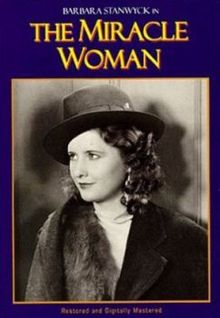 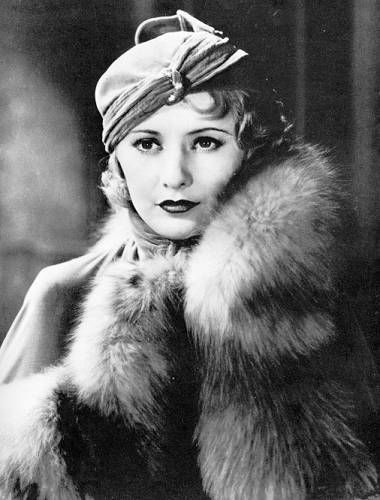