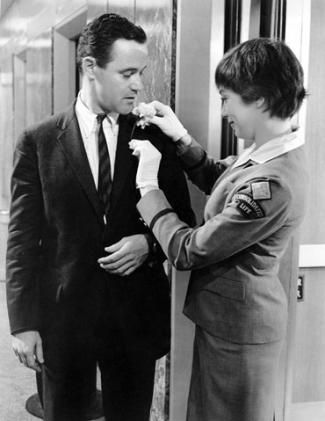 The Apartment is a 1960 film produced and directed by Billy Wilder, starring Jack Lemmon, Shirley MacLaine, and Fred MacMurray. It was Wilder's follow-up to Some Like It Hot. The film was nominated for ten Academy Awards, and won five, including Best Picture.

The Apartment is not your typical fuzzy feel good Christmas story. Although.. I still feel that it is a wonderful classic, in which you will see Fred MacMurray in a very different role. Please click here to view past review: The Apartment(1960). 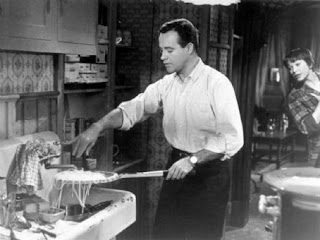 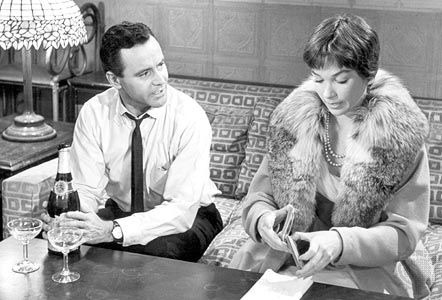 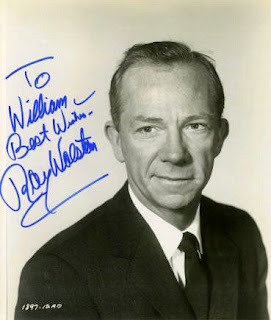 Ray Walston (November 2, 1914 – January 1, 2001) was a stage, television and film actor best known as the title character on the 1960s situation comedy My Favorite Martian.

He started acting at an early age, as a "spear carrier" at many New Orleans theaters.

He played small roles with stock companies, where he not only starred in traveling shows but also worked at a movie theater, selling tickets and cleaning the stage floors. His family moved to Dallas, Texas, where he joined Margo Jones, theater company. He later traveled to Cleveland, Ohio, where he spent three years with the Cleveland Play House.

He then traveled to New York City, where he made his Broadway debut in a 1945 production of Hamlet. Three years later, Walston became one of the first members admitted to the newly formed Actors Studio.

In 1949, he appeared in the short-lived play Mrs. Gibbons' Boys directed by George Abbott, who later cast him as Satan in the musical, Damn Yankees(1955), with Gwen Verdon. They both won awards for their performances. After a decade in New York theater, he won a Tony Award, and he and Verdon were invited to reprise their roles in the 1958 film version.

He starred as Luther Billis in the London production of South Pacific(1949). He reprised that role in the 1958 film adaptation. He and Juanita Hall (as Bloody Mary) were the only cast members to appear in both the stage and movie versions.

Additional Broadway performances: The Front Page, Summer and Smoke, King Richard III, Wish You Were Here and House of Flowers, Rodgers and Hammerstein musical Me and Juliet.

Walston is also featured in the 1973 Best-Picture-Winner The Sting, in which he is crucial to the successful swindling of an unsuspecting griftee (played by Robert Shaw) and in Silver Streak. He also played Mr. Timmer, a prominent character in the 1986 BMX movie "Rad".

He was also among many of the actors who played themselves in cameos for, The Player (1992), although Walston along with several other stars, are actually in character for a movie within a movie sequence.

Walston narrated many U.S. Department of Defense and Atomic Energy Commission (now Department of Energy) films about nuclear experiment, including, the Operation Hardtack I nuclear test film series of 1958.

He made many guest performances in the television shows beginning with, The Outlaws 1960-1961. Walston, was best known playing the title character ("Uncle Martin") on My Favorite Martian from 1963 to 1966, with Bill Bixby.  My Favorite Martian, had typecast Walston and he had difficulty finding more serious roles after the show's cancellation.

He later, became a popular character actor in television of the 1970s and 1980s, appearing as a guest star in the shows: Custer, The Wild Wild West, Love, American Style, The Rookies, Mission: Impossible, Ellery Queen, The Six Million Dollar Man, Little House on the Prairie, and The Incredible Hulk with Bill Bixby (in which he played Jasper the Magician in an episode called "My Favorite Magician").

In 1976 he played the part of sleazy Edgar Whiney in the film, Silver Streak. Walston was also known for playing Starfleet Academy groundskeeper "Boothby" in Star Trek: The Next Generation and later on Star Trek: Voyager.

In 1984, Walston played a judge on an episode of, Night Court. Six years later, he would work with David E. Kelley while guest-starring on L.A. Law. These roles led to his work as Judge Henry Bone on Picket Fences. Judge Bone was originally a recurring role on the show, but Walston proved to be so popular that he was given a starring role the following year.

In his late 70s, he was nominated for an Emmy Award for the first time.

Walston made an appearance in Star Trek: The Next Generation as Boothby, head groundskeeper at Starfleet Academy in San Francisco, and then reprised the character twice on Star Trek: Voyager, despite the series being set in a distant part of the galaxy.

During his appearance on Star Trek: Voyager in "In the Flesh", he often had trouble with remembering his lines during long one-shot dialogue scenes, but while the cameraman was changing the film for the scene in the briefing room, he quoted a line from Hamlet. Robert Beltran then quoted the next line, and Walston the next. The two went on for several minutes, amazing the entire cast and crew.

In 1985, Walston made a brief appearance in the opening credits of Steven Spielberg's series Amazing Stories, as a caveman acting out a story for his tribe. Only a few seconds long, this performance began every episode of the subsequent series.

In 1992, Walston played the role of Candy in the big-screen remake of, Of Mice and Men. He would work alongside Sinise again two years later in the miniseries adaptation of Stephen King's The Stand.

Walston was nominated three times for Best Supporting Actor in a Drama Series for, Picket Fences, winning twice, in 1995 and 1996. Though Walston enjoyed his work in the series, its ratings were beginning to slip, and CBS cancelled the show after four seasons in 1996.

However, Walston made a guest appearance in an episode of Dr. Quinn, Medicine Woman entitled "Remember Me", in which he portrayed the father of Jake Slicker, who was stricken with Alzheimer's disease.

As his career was coming to an end he played Grandfather Walter Adams, in the Addams Family Reunion (1998), the second sequel to the1991 film, The Addams Family, this time starring Tim Curry as Gomez Addams and Daryl Hannah as Morticia Addams.

One year later, he appeared in the movie remake of his hit series, My Favorite Martian (1999). His final movie role was in the independent film, Early Bird Special.

He also appeared in an AT and T, TV commercial in which his dialogue implied he was Uncle Martin from Mars, looking for good rates to talk to fellow Martians living in the United States. Just before his death, his final TV guest appearance was on, 7th Heaven.

Walston, died at the age of 86 on New Year's Day 2001 in Beverly Hills, California after a 6-year battle with lupus. He was survived by his widow, Ruth, his daughter, Katherine Ann, and two grandchildren. 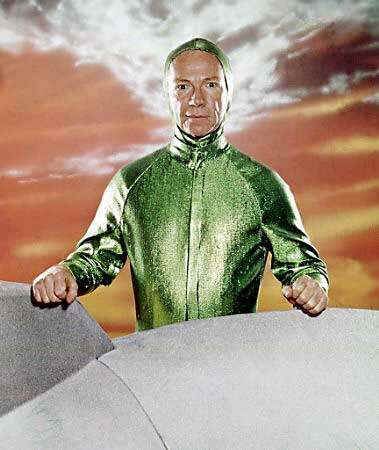