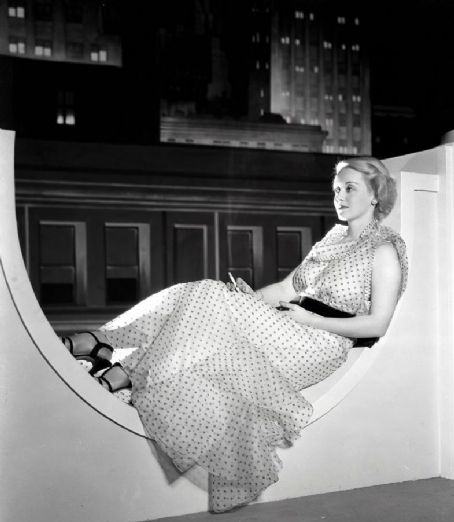 Fog Over Frisco(1934). Drama film directed by William Dieterle. The screenplay by Robert N. Lee and Eugene Solow was based on the short story, The Five Fragments by George Dyer. Bette Davis, wanting to play the slatternly waitress Mildred, in the film, Of Human Bondage, accepted the small role of Arlene in hope to convince Jack Warner, to lend her out to the rival studio for the film. Her plan worked and when Warner heard about her wonderful performance in the film, Bondage, he gave her to top billing in, Frisco. Part of this was filmed on location in San Francisco. It was remade as Spy Ship in 1942.

A carrier, rushes to Jake Bello's nightclub to deliver some stolen bonds, demanding Bello to get rid of them quick, because.. he thinks that he is being followed by the law.

After, Socialite Arlene Bradford, arrives at the club with her fiance Spencer Carlton and her stepsister, Val. Reporter Tony Sterling sits down at her table,  to chat with her while Bello, transfers the stolen bonds to Arlene's car.

At home, Arlene hides the bonds in her safe. Arlene's stepfather, Everett, takes this opportunity to accuse her of having "bad blood" just like her mother, but Val, comes to her defense.

Arlene, then goes to Spencer's work to hand him the bonds, he begs her to return them, but she talks him into selling them.

Later, detectives arrive at the Bradford house to look for the bonds. Thorne, the butler, overhears Arlene talking on the phone making arangements to meet a man. She then returns Spencer's engagement ring to him by letter and packs her bags.

Bradford, calls Spencer to the house, telling him that they know that he is some how involved with the stolen bonds. At Bello's, Arlene says that she is finished with the bond scam and he threatens her. Not worried, she leaves to see Mayard, the Honolulu manager of Bradford's company and head of the bond scam. He tells Arlene to return his love letters, saying that he does not love her anymore. She still insists that she is going to the Hawaiian Islands with him.

Val, hears the house elevator and expecting Arlene, runs out to met her. After not seeing anyone, she returns to her room. After she hears the elevator a second time, she and Thorne go to see what is going on. They finds Arlene's car in the garage and watch as a taxi leaves.

The next morning, Val finds a note from Arlene saying that she has left home. Val, wanting to find her stepsister, calls Tony at the paper, to ask him not to print the story. The news has already hit the papers and she blames Tony.

He and  photographer Izzy, meet Val in the garage, but she refuses to talk to them. Soon after, Izzy finds Arlene's body in the trunk of her car, Tony calls Val, who again refuses to talk to him, he phones the story in to the paper. Val then receives a telegram, signed by Arlene, asking her to bring the car and the envelope with her letters, which she had given to Val for safekeeping.

Val, still does not know that Arlene is dead, drives to the meeting place and is captured by Bello and his men.

The police lose Bello's boat in the fog. Will the police get to Val in time, before she finds the same fate as her sister?

I enjoyed watching this fast pace crime film, with plenty of witty dialog and twists and turns. You will also see some great acting by Bette Davis, who gives a convincing performance as the spoiled rich girl Arlene. Margaret Lindsay, plays her step-sister Val, perfectly. 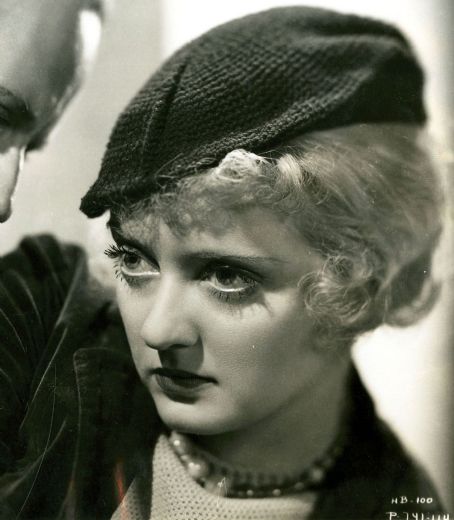 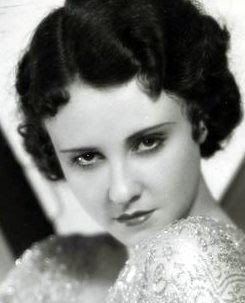 Margaret Lindsay (September 19, 1910 - May 9, 1981) After attending National Park Seminary in Washington, D.C., Lindsay convinced her parents to enroll her at the American Academy of Dramatic Arts in New York.

She then went abroad to England to make her stage debut. She performed in plays: Escape, Death Takes a Holiday and The Romantic Age.

Lindsay was often mistaken as being British due to her convincing English accent, which impressed Universal Studios enough to sign her for their 1932 version of, The Old Dark House.

After some minor roles in Pre-Code films such as Christopher Strong and Baby Face, which starred Barbara Stanwyck, Lindsay was cast in the award-winning, Cavalcade.

Later, Lindsay performed in a small but memorable role as Edith Harris, a doomed English bride whose honeymoon voyage takes place on the Titanic.

Lindsay was cast four times as the love interest of James Cagney, from 1933-1935. She performed with Cagney in four films: Frisco Kid, Devil Dogs of the Air, G-Men and Lady Killer. Lindsay co-starred with Bette Davis in four films: 1934's Fog Over Frisco; in 1935's Dangerous (for which Davis won her first Best Actress Academy Award); in Bordertown, co-starring Paul Muni, and as Davis's rival for Henry Fonda's affections in Jezebel (1938), which earned Davis her second Best Actress Academy Award.

The Law in Her Hands (1936), she performed a leading role as a mob lawyer. It was rare among gangster films of the 30's to have a female in such a male-dominated role. Made after the Motion Picture Production Code came into effect, The Law in Her Hands was forced into a reactionary stance towards the gender switch and concluded with a plot twist that was the complete opposite of the Pre-Code period (1929–1934), when "female characters on the screen could say, do and be whatever they wanted".

Lindsay's best known film role was, The House of the Seven Gables in 1940, with George Sanders and Vincent Price. Her 1940s film series work in Hollywood included: Ellery Queen series from 1940-1942.

Lindsay, performed in a supporting role in the 1942 film, The Spoilers, starring John Wayne and in Fritz Lang's Scarlet Street in 1945. While her work in the late 1940s would occasionally involve a supporting role in MGM films like Cass Timberlane with Spencer Tracy, her film career faded, soon after.

She returned to the stage and co-starred with Franchot Tone, in The Second Man. 1950s and 1960s She made her television debut in 1950 in, The Importance of Being Earnest. More television work soon followed.

Lindsay performed in only four films during the 1950s and two in the 1960s. Her final feature film was, Tammy and the Doctor (1963). Lindsay lived with her sister Helen in Hollywood.

Later in life, she lived with her youngest sister Mickie. Despite being romantically linked to actors such as William Gargan and Edward Norris, she never married.

Margaret Lindsay's sister, Jane Kies (1909–1985), was also an actress under the name of Jane Gilbert. In 1940, Jane married the son of Hedda Hopper, actor William Hopper, best known for his role as Paul Drake in the Perry Mason television series. Their daughter Joan was born in 1942, and the couple divorced in the early 1960s. Lindsay's niece Peggy Kenline and great-nephew Brad Yates were also actors. 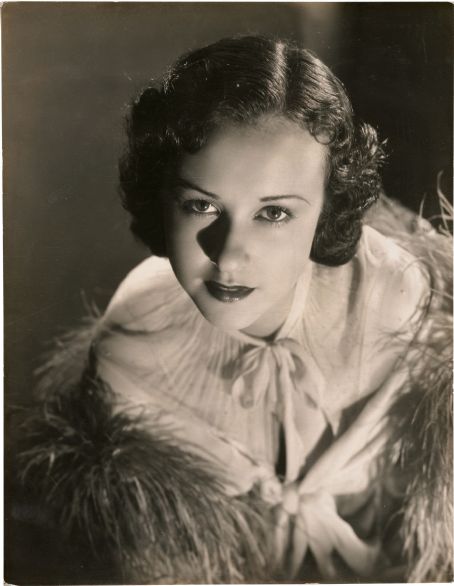 Email ThisBlogThis!Share to TwitterShare to FacebookShare to Pinterest
Labels: bette davis, fog over frisco(1934), the 30's