A Tribute to Gertrude Olmstead

A Tribute to Gertrude Olmstead Silent film actress Gertrude Olmstead began her career in Westerns. On June 13, 1920, Gertrude won the Herald-Examiner Elks’ beauty contest in Chicago, where she was born on November 13, 1897. Erich Von Stroheim was brought to Chicago to test the fifteen participants, and when Gertrude was declared the winner, Carl Laemmle immediately signed Gertrude to a contract at Universal. 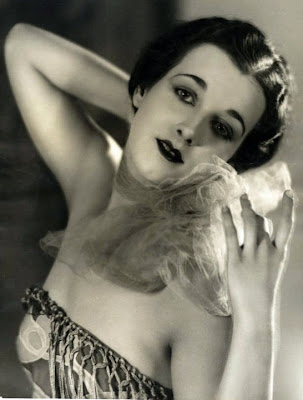 In 1925, Gertrude became Lon Chaney’s leading lady in The Monster (1925) wearing a blonde wig, and she was to play a lesser role with him in Mr. Wu (1927). In the early 1920’s, Gertrude left Universal and embarked on a career as leading lady to many of the major male stars of the day. She played opposite John Gilbert in Cameo Kirby (1923), Tom Mix in Ladies to Board (1924), Reginald Denny in California Straight Ahead (1925) and The Cheerful Fraud (1927). Milton Sills in Puppets (1926), Charles Ray in Sweet Adeline (1926) George K. Arthur in The Boob (1926), and Richard Dix in Sporting Goods (1928). She reached  the peak of her career in September 1924, when she was signed by MGM, a studio with which she was to remain through 1927. It was the same year when Gertrude appeared in The Callahans and the Murphys starring Marie Dressler. 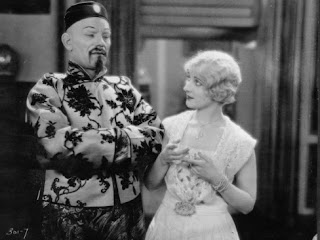 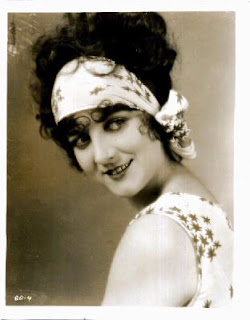 Two of the most memorable, if not the most important films of Gertrude’s career are Cobra (1925) with Rudolph Valentino and The Torrent (1926), on which she was billed third below Greta Garbo and Ricardo Cortez. One positive result from Gertrude’s MGM contract was playing Time, the Comedian (1925) on the set of which she met director Robert Z. Leonard. The couple were married in Santa Barbara, California in June 1926 and remained together until Leonard’s death in 1968. Gertrude continued to work through 1929. Her first talkie was Hit of the Show (1928) opposite Joe E. Brown, followed by four further sound productions. After 1929, Gertrude was happy to retire and spend more time with her husband. She considered her career to be very colorless and very short. Gertrude passed away on January 18, 1975. She was 78 years old.
Posted by Silentfilmfanatic at 3:16 PM