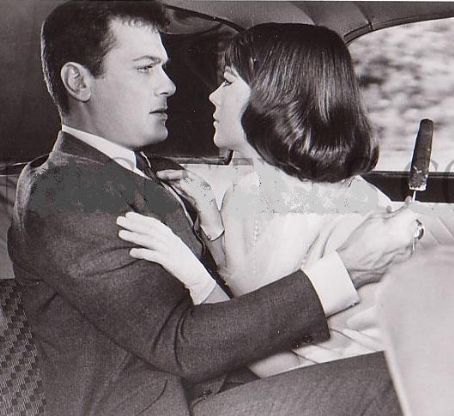 Bob Weston, editor of a scandal magazine writes an eye opening article about research psychologist, Helen Gurley Brown, who wrote the book, Sex and the Single Girl. Wanting to meet her, Bob impersonates one of his neighbors and goes to Helen for marriage counseling. 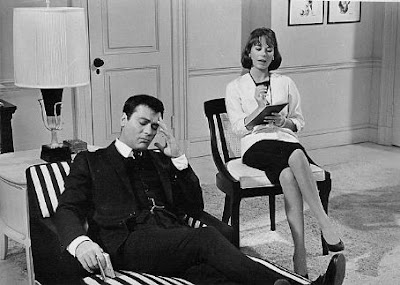 Eventually, Bob suggests to Helen that they start dating, to get her attention he threatens to drown himself. When she arrives she accidentally causes them to fall into the water. They go to Helen's apartment to dry off and while Bob mixes martinis, Helen tells him, that she is in love with him and he fesses up that he is not really married.

Helen doesn't believe him and asks to see his wife, Sylvia. The next day, Bob sends both his secretary, Susan, and his former girl friend, Gretchen, to Helen to convince Helen that he really is single. 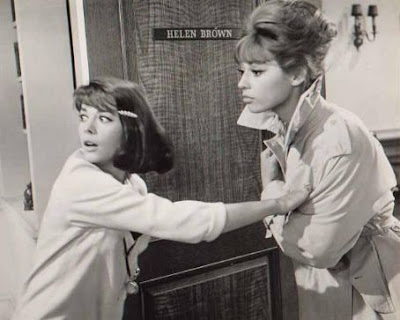 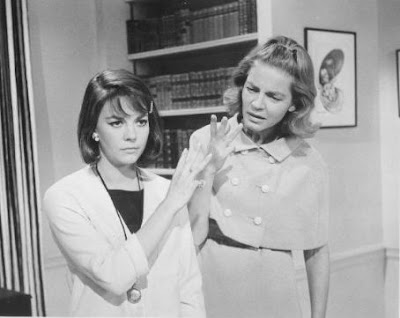 Helen calls the real Sylvia and the three women all show up for the appointment. How will this romantic entanglement get resolved?

Natalie Wood, was a lot of fun to watch in a comedy about the battle of the sexes. When Tony Curtis talks about Jack Lemmon (Curtis' co-star in Some Like It Hot) will make anyone smile, who has seen the classic film. 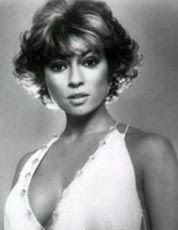 Fran Jeffries (born May 18, 1937), had a cameo in the 1963 film, The Pink Panther, in which she sang a song called, It Had Better Be Tonight," while she danced provocatively around a fireplace.

She had a minor role in, Sex and the Single Girl.

She was featured in Playboy Magazine a couple years later, in 1971 at the age of 35, in a pictorial entitled "Frantastic!".

Ten years later she posed a second time for Playboy at the age of 45. This second pictorial was titled "Still Frantastic!".

At some point in her career, she perform onstage with Bob Hope.