On TCM Nov. 7th. This Gun For Hire(1942). Crime drama film noir, directed by Frank Tuttle and based on the novel A Gun for Sale by Graham Greene. The drama features Veronica Lake, Robert Preston, Laird Cregar, and Alan Ladd.

On TCM Nov. 7th. The Blue Dahlia(1946) Film noir directed by George Marshall and written by Raymond Chandler. A navy officer returns home to an unfaithful wife, who is later murdered. The film marks the third pairing of stars Alan Ladd and Veronica Lake.

On TCM Nov. 7th. The Postman Always Rings Twice(1946). Drama-film noir based on the 1934 novel of the same name by James M. Cain. This adaptation of the novel is the best known, featuring Lana Turner, John Garfield, Cecil Kellaway, Hume Cronyn, Leon Ames, and Audrey Totter

ON TCM Nov. 7th. The Bad and the Beautiful(1952). Melodramatic film that tells the story of a film producer who alienates all around him. It was directed by Vincente Minelli and stars Lana Turner, Kirk Douglas, Walter Pidgeon, Dick Powell, Barry Sullivan, Gloria Grahame and Gilbert Roland.

Happy Birthday: Hedy Lamarr ! (November 9, 1913 – January 19, 2000) was an Austrian-American actress who was a major contract star of MGM's "Golden Age". Click picture on sidebar to learn more about Hedy.

Happy Birthday: Claude Rains! (10 November 1889 – 30 May 1967) was an English stage and film actor whose career spanned 47 years. He was known for many roles in Hollywood films, among them the title role in The Invisible Man (1933), a corrupt senator in Mr. Smith Goes to Washington (1939), Mr. Dryden in Lawrence of Arabia (1962), and, his most notable performance, as Captain Renault in Casablanca (1942). Click picture on sidebar to learn more about Claude Rains.

(Updated)Happy Birthday: Grace Kelly! (November 12, 1929 – September 14, 1982) was a actress who, in April 1956, married Rainier III, Prince of Monaco, to become Princess consort of Monaco, styled as Her Serene Highness The Princess of Monaco, and commonly referred to as Princess Grace. Click picture on sidebar to lean more about Grace Kelly. 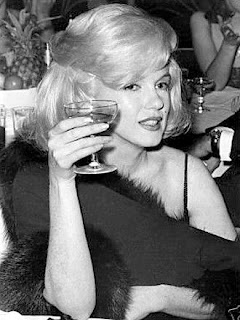 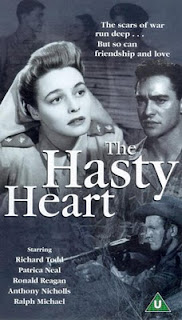 Article of the week: Please click here to view Caftan Womans Choice One for November.  Caftan Woman says: The Hasty Heart is an emotional movie, and a worthy one.

Have a great week at the movies!
Posted by Dawn at 4:20 AM