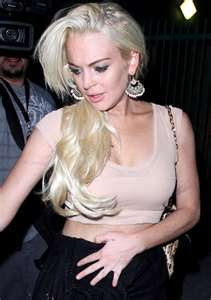 Lindsay Lohan (born July 2, 1986). Began her career as a child fashion model before making her movie debut in Disney's remake of, The Parent Trap(1998). Lohan gained further fame between 2003 and 2005 with leading roles in the films: Freaky Friday, Mean Girls and Herbie. 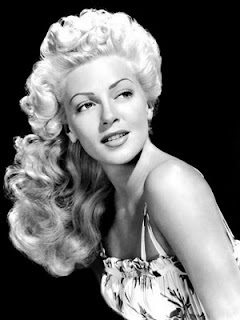 Lana Turner (February 8, 1921 – June 29, 1995), was discovered and signed to a film contract by MGM at the age of sixteen, Turner first attracted attention in the film, They Won't Forget (1937). She also performed in the films: Love Finds Andy Hardy (1938), Johnny Eager (1941), Ziegfeld Girl (1941) and Somewhere I'll Find You (1942). She is known as one of the first Hollywood scream queens for her role in the horror film, Dr. Jekyll and Mr. Hyde(1941) and her reputation as a glamorous femme fatale was enhanced by her performance in the film noir, The Postman Always Rings Twice (1946). Her popularity continued through the 1950s, in such films: The Bad and the Beautiful (1952) and Peyton Place (1957), for which she was nominated for an Academy Award for Best Actress.
Posted by Dawn at 5:49 AM