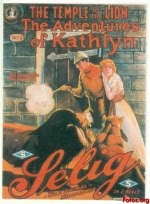 Although Pearl White, with her “Perils of Pauline,” is generally thought of as the first serial queen, that title actually belongs to Kathlyn Williams. The first widely popular serial was “The Adventures of Kathlyn,” the first segment of which premiered on December 29, 1913. 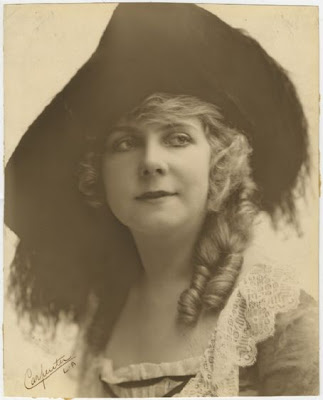 Kathlyn Williams was born in Butte, Montana, on May 31, 1888. She studied drama at Wesleyan University before making her film debut with the Biograph Company in 1910. Kathlyn made only three films for the company before joining the Chicago-based Selig Polyscope Company, with which she was to remain for the next six years. “The Adventures of Kathlyn” was only one of the many films Kathlyn made at Selig, but it was “The Adventures” which made her an international star and trendsetter. Kathlyn starred as an unlikely African queen menaced by villainous Charles Clary and by Selig’s cast of lions, elephants and other assorted fauna. 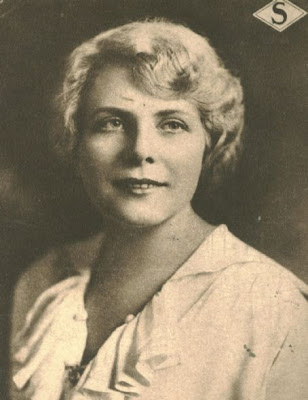 From Selig, Kathlyn moved on to Paramount. Her career continued strong through the early 1920’s at Paramount, with an occasional loan-out. She was directed several times by William Desmond Taylor and both William and Cecil B. DeMille directed Kathlyn several times. She also made three films with Paramount’s star attraction, Wallace Reid. When the Paramount contract ended in 1921, Kathlyn looked older than her age and was relegated to supporting and character parts. One of her best supporting roles was as the heartless social climbing mother of Anita Page in “Our Dancing Daughters” (1928) and the unsympathetic mother of Greta Garbo in “The Single Standard” (1929). In 1950, Kathlyn was involved in a serious automobile accident that resulted in the amputation of her right leg. Kathlyn died on September 23, 1960. She was 72 years old. Even though Kathlyn Williams is largely forgotten today, she deserves to be re-discovered for venturing into early American cinema as a modern and adventurous woman at a time when the industry was dominated by men.
Posted by Silentfilmfanatic at 4:13 PM