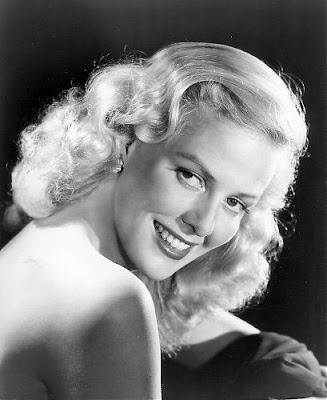 Night Editor (1946). B-movie film noir. Directed by Henry Levin and based on a popular radio program of the same name. The script for the film was based on a previous radio program episode "Inside Story." Cast: William Gargan, Janis Carter and Jeff Donnell.

Homicide detective Tony Cochrane, who is estranged from his wife, Martha, while having an affair with socialite, Jill Merrill. One evening at the beach, Jill and Tony hear a woman scream and see a man jump out of the car and flee. Tony, is about to run after him when Jill, reminds him that his involvement would expose their affair. Tony lets the man escape, even though the woman is left dead in the car.

The next day, Tony and detective Ole Strom, are assigned to investigate the woman's murder. The victim is identified as Elaine Blanchard, the daughter of a well known family. At the beach, Capt. Lawrence notices a second set of tire prints in the sand and has Ole to make a plaster cast of the 2nd pair of tracks. On the list of Elaine's friends to be questioned, Tony is shocked to see the names of Jill and her husband Benjamin. Tony returns home and changes the tires on his car.

The next day, Tony tells Jill that he knows she knows the identity of the murderer, but she refuses to give up his name.


Looking for clues, Tony goes to Elaine's bank and meets banker Douglas Loring, whom he recognizes as the man who ran from Elaine's car.

After a homeless man is arrested for Elaine's murder, Tony asks Jill to testify that she saw Loring at the crime scene, but again she refuses.

Wanting Loring's fingerprints, Tony tricks him into signing a statement about Elaine and then keeps his pen.

On the eve of the homeless mans execution for Elaine's murder, Tony matches Loring's prints to the murderer's prints that were found in the car. Tony shows the fingerprints to Capt. Lawrence, who then takes them to District Attorney Halloran.

Tony and the captain find Loring at the district attorney's office, confessing that he spent the afternoon of the murder with Elaine. When Loring claims that on the night of the murder he was at a movie theater with Jill, who arrives to back up his alibi. Tony, accuses Jill of betraying him, and she tells him that she is having an affair with Loring.

Tony, admits to Ole that he witnessed the murder. Ole tells him that they need proof, Tony remembers the tires in his garage, his conscience gets the best of him and he must prove who really did the killing even if it ruins his life.

This is a realistic cop film with a great twist at the end. 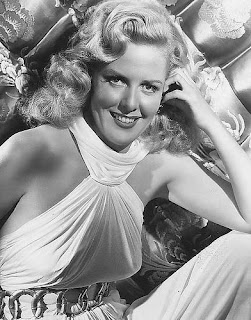 Carter, after moving to Hollywood, performed in over 30 films beginning in 1941 for 20th Century Fox, MGM, Columbia, and RKO. She performed in the films, Night Editor (1946) and Framed (1947) with Glenn Ford and the Flying Leathernecks (1951) with John Wayne. 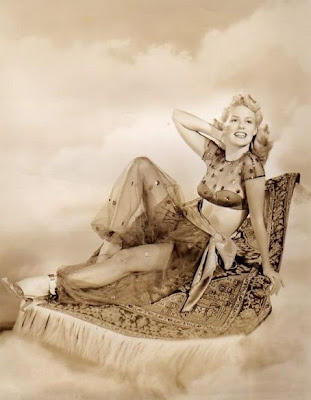 Email ThisBlogThis!Share to TwitterShare to FacebookShare to Pinterest
Labels: night editor(1946), the 40s