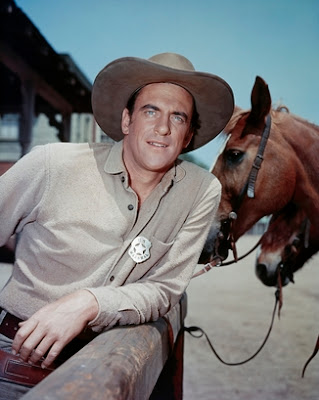 James Arness (May 26, 1923 – June 3, 2011). Was best known for playing Marshal Matt Dillon on Gunsmoke for 20 years. His younger brother was actor Peter Graves. Arness, played the role of Marshal Matt Dillon in five decades: 1955 to 1975 in the weekly series, then in Gunsmoke: Return to Dodge (1987) and four more made-for-TV Gunsmoke movies in the 1990s. He is also well known for his performance in western series, How the West Was Won.
Thanks Jim, for all those wonderful westerns. Adios Amigo.

Email ThisBlogThis!Share to TwitterShare to FacebookShare to Pinterest
Labels: in memory(2011), james arness