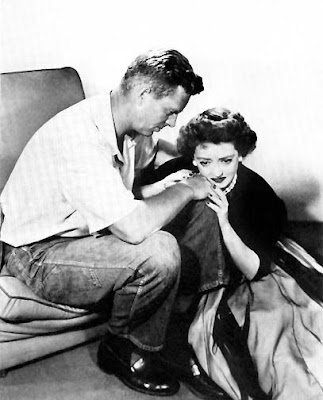 The story begins when, Oscar Award winning Margaret Elliot, a bankrupt movie star, has to sell all her beautiful possessions at auction. She believes with all her heart, that one good part she can rebuild her career.

After another disappointment, she gets drunk and is arrested for DUI, and spends a night in jail. She is bailed out by Jim Johannsen, a young actor who she helped in the past.

Jim, tries to make Margaret see that her acting days are over. She does manage to get a screen test for a role in a film she’d always wanted to play. She decides to play the part as a sexy young woman but she ends up looking like a fool.

Later, at a Hollywood party, she is offered a role in a new film about a fading star who can’t face when their career is over. Will this script open Margaret's eyes to the truth.

The film, "The Star", is a look behind the scenes of old Hollywood. Bette, gave what I thought to be a realistic performance. Natalie Wood, gave a wonderful, bubbly performance as her daughter. 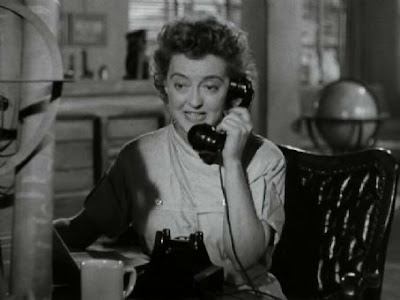 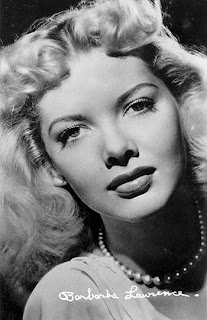 Barbara Lawrence (born February 24, 1928). She began her career as a photographer's model and performed in her first film, Diamond Horseshoe (1945). She also performed in the film, Captain from Castile(1947) with Tyrone Power. While finishing her studies at UCLA, she caught the attention of talent scouts and Lawrence was soon co-starring in 20th Century Fox movies: A Letter to Three Wives, The Street with No Name, Thieves' Highway and Here Come the Nelsons.

After her move to MGM, Lawrence starred in, Her Twelve Men. Lawrence, also played the major role in the film, Oklahoma!, in which she gets into a fight with Gloria Grahame. 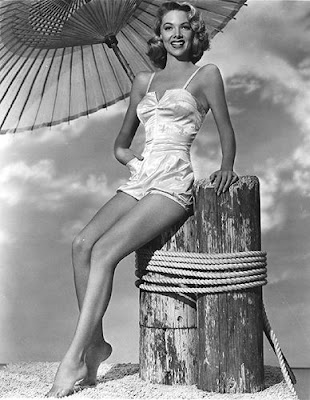