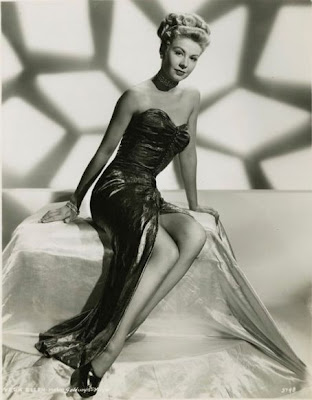 ON TCM Nov.14, 2010.I Confess (1953) is a drama film directed by Alfred Hitchcock, and starring Montgomery Clift as Fr. Michael William Logan, a Catholic priest, Anne Baxter as Ruth Grandfort, and Karl Malden as Inspector Larrue. This was the only film Hitchcock made with these three actors. Biographers say he had trouble with "Method" actors such as Clift and Paul Newman, who worked with Hitchcock in Torn Curtain (1966).

On TCM: Nov.16, 2010. The Red Shoes(1948). The movie employs the story within a story device, being about a young ballerina who joins an established ballet company and becomes the lead dancer in a new ballet called The Red Shoes, itself based on the fairy tale, "The Red Shoes" by Hans Christian Andersen. The film stars Moira Shearer, Anton Walbrook and Marius Goring. Please click on picture on side bar to view movie review.

On TCM: Nov. 17, 2010. My Darling Clementine (1946).. When the Clantons steal his family's cattle and kill his brother, Wyatt Earp signs on as sheriff of Tombstone and vows to bring them in.

Have a great week at the movies.
Posted by Dawn at 4:33 AM