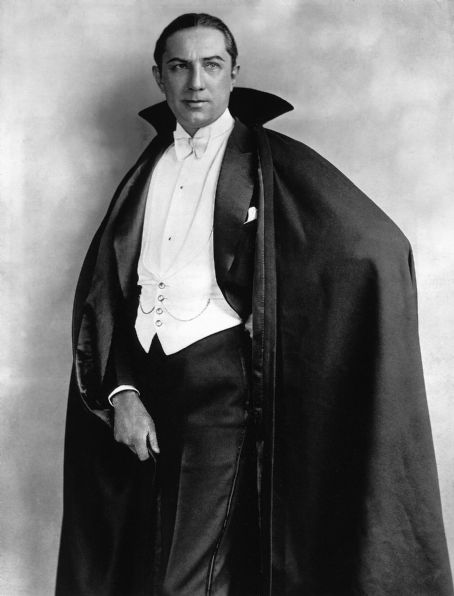 Bela Lugosi (20 October 1882 – 16 August 1956) . Was best known for playing Count Dracula in the Broadway play and Film . Lugosi was approached in the summer of 1927 to star in a Broadway production of Dracula adapted by Hamilton Deane and John L. Balderston from Bram Stoker's novel.

The film: Dracula (1931). The story begins when, Renfield travels to Transylvania and is met at the castle by Dracula. Renfield soon passes out from drinking drugged wine, Dracula attacks him.  Dracula boards an England-bound ship, which also carries his coffin in which he sleeps during the day. When the ship docks in Whitby Harbor, the entire crew is found dead. Only Dracula and Renfield, who is scared out of his mind, survive. Renfield is taken to a sanitarium, where a doctor tries to figure out what is wrong with him.

One night at the opera, Dracula introduces himself to Dr. Seward and his daughter Mina, her fiance, John Harker, and friend Lucy who is later attacked and killed by Dracula .

Dracula takes advantage of his ability to transform himself into a bat to attack his next victim, Mina. She does not die immediately, but begins to change over several nights.

Van Helsing confirms for Seward and Harker that Dracula is a vampire when Dracula's reflection does not show in the mirror of a cigarette box. Even though Van Helsing, takes many precautions to prevent Dracula from getting into Mina's room. Dracula hypnotizes her maid to open the windows for him. After, Mina becomes a vampire, she tells Van Helsing that she has seen Lucy, which confirms his suspicions that she is the "woman in white" who has been attacking children. Will Van Helsing be able to find a way to resist Dracula and release Mina  from his spell?

Bela Lugosi, became a  legend after this movie, and his performance of Dracula introduce us to the vampires, we know and love today. ;)

The Royal Albert Hall sequence of the movie was filmed on the same stage where The Phantom of the Opera (1925) starring Lon Chaney had been filmed.

Among the other actors mentioned as possible candidates for the role of Count Dracula were John Wray, Paul Muni, Conrad Veidt, Chester Morris, and William Courtenay.

The spider webs in Dracula's castle were created by shooting rubber cement from a rotary gun.

There was no real musical soundtrack in the film because it was believed that, with sound being such a recent innovation in films, the audience would not accept hearing music in a scene if there was no explanation for it being there (e.g., the orchestra playing off camera when Dracula meets Mina at the theatre).

Bette Davis (who had a contract at Universal at the time) was considered to play the part of Mina Harker. However, Universal head Carl Laemmle Jr. didn't think too highly of her sex appeal.

In the scene where Dracula and Renfield are traveling to London by boat, the footage shown is borrowed from a Universal silent film called The Storm Breaker (1925).

In the first scene, the young woman reading from the tourist book was played by Carla Laemmle, niece of Carl Laemmle, founder and head of Universal Pictures.

When Bela Lugosi died in 1956, he was buried wearing the black silk cape he wore for this film.

Bela Lugosi never blinks even once throughout the film. 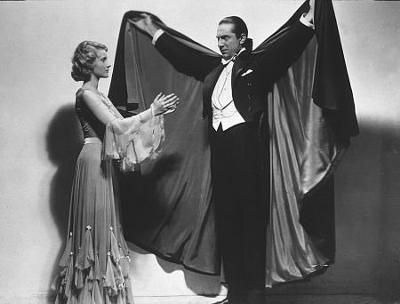