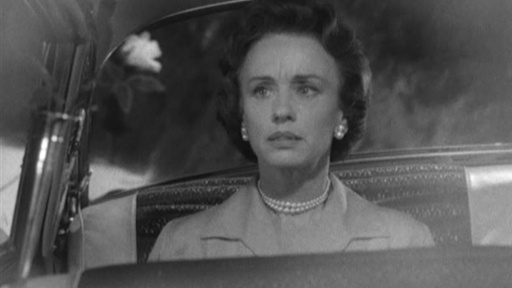 Laura Bowlby a psychic, who is has just recovered from an illness, now wants to join her husband in, Hong Kong. After traveling by ship, she is picked up by a chauffeur who takes her to pick out a car to see the sights in. She immediately drawn to a black sedan. Laura tells the chauffeur that she might like the car better if it were a canary yellow. The driver informs her that the the car was once canary yellow, before a recent paint job.

Soon, Laura begins to hear a woman's voice telling her about a passionate affair that she once had. Laura wishes for passion in her own life because her husband is unromantic and distant.

Laura enters a beautiful garden, looking for the grave, of the woman who has been talking to her. She looks at the gravestone and is shocked when she sees the initials carved in the headstone.

I loved seeing a younger Jessica Tandy,  give a wonderful performance, in this fun/little cheesy film. 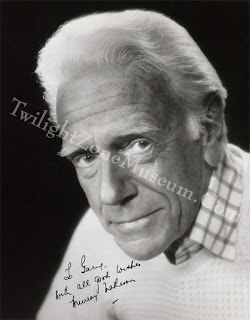 Murray Matheson, played The Clown in the 1961 Twilight Zone episode "Five Characters in Search of an Exit". Matheson's last performance was in the "Kick the Can" segment of Twilight Zone: The Movie (1985).

Murray also played the captain in the Frank Sinatra film: "Assault on a Queen"(1966).
Posted by Dawn at 8:08 AM