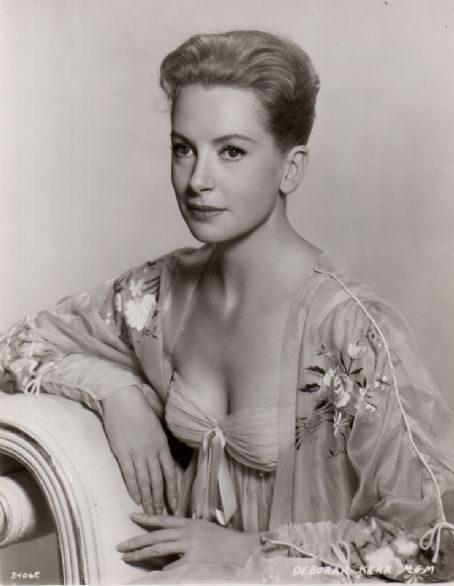 Kerr's career choices made her one of the most versatile actress in Hollywood. One of Deborah Kerr's first on screen performances was in the film, Hatter's Castle (1942), with Robert Newton and James Mason. The following year, she played three women in, The Life and Death of Colonel Blimp. It was her role in Black Narcissus (1947) which caught the attention of Hollywood producers. Kerr won the New York Film Critics Award as Actress of the Year. In Hollywood, her British accent and manners led to her many roles portraying a refined and proper English lady. 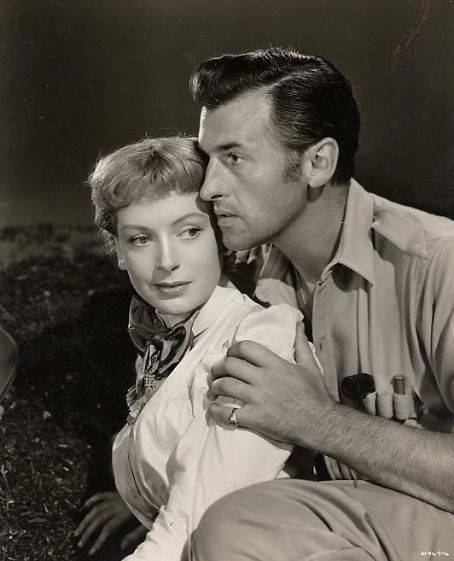 She performed in one of my favorite films,(pictured above)King Solomon's Mines(1950), shot on location in Africa with Stewart Granger and Richard Carlson. This was followed by her performance in the epic, Quo Vadis? (1951), filmed in Cinecitta in Rome, which she played Lygia, a first century Christian. 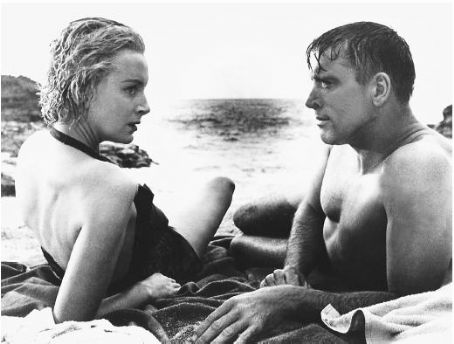 Kerr changed her typecasting with her performance as a military wife in the film, From Here to Eternity (1953). (pictured above)For which she received an Oscar nomination for Best Actress.

She played a nun in, Heaven Knows, Mr. Allison, a mama's girl in, Separate Tables, and a governess The Chalk Garden. She also played an Australian sheep-herder's wife in, The Sundowners and beautiful Bonjour Tristesse. She also starred in comedies, The Grass is Greener and Marriage on the Rocks.

Her best known films: The King and I (1956).  A Musical film , directed by Walter Lang and produced by Charles Brackett and Darryl F. Zanuck. The film King and I, is based on the book Anna and the King of Siam by Margaret Landon. The plot comes from the story written by Anna Leonowens, who became school teacher to the children of King Mongkut of Siam in the early 1860's.

She also performed opposite Cary Grant in An Affair to Remember (1958).(Pictured below). The film is considered one of the most romantic films of all time. The movie was a remake of McCarey's film Love Affair (1939). An Affair to Remember was almost identical to love affair on a scene to scene basis. The films theme song "An Affair to Remember (Our Love Affair)' composed by Harry Warren. The song is sung by Vic Damone during the opening credits and then sung later by Deborah Kerr's character, a nightclub singer. Kerr's singing was dubbed by Marni Nixon, who also dubbed for Kerr in the film The King and I. 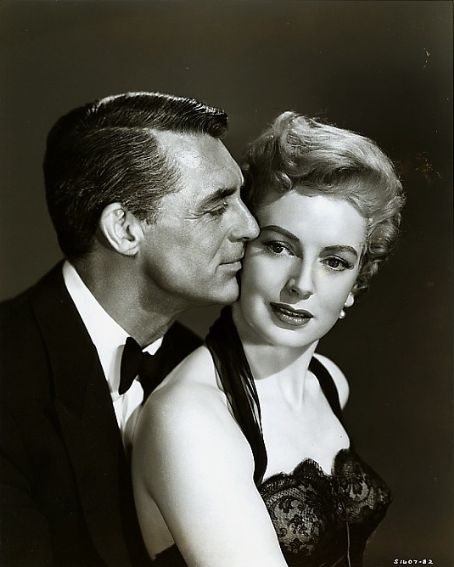 In 1969, she agreed to appear nude in, The Gypsy Moths, the only nude scene in Kerr's career. Which led to her decision to leave film for television and theatre.

TCM, is showing the following films today, as a Birthday tribute to the wonderful actress: