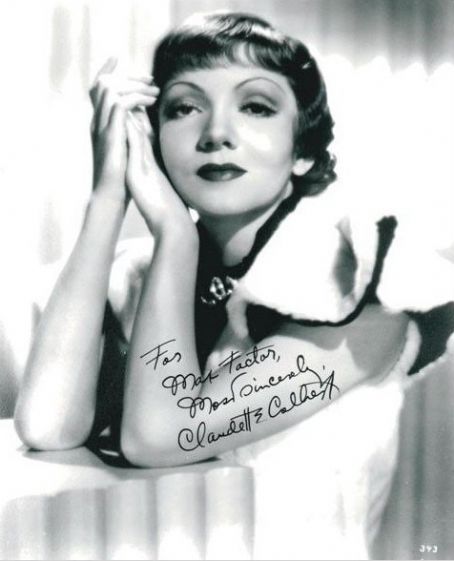 Claudette Colbert was nominated for the Academy Award for Best Actress for three films, It Happened One Night (1934). Directed by Frank Capra. The story is about a pampered socialite who tries to get away from her father's control, and falls in love with a reporter (Clark Gable). The plot was based on the story, Night Bus by Samuel Hopkins Adams. It Happened One Night was one of the last romantic comedies created before the MPAA began enforcing the 1930 production code in 1934.

The next film, Private Worlds (1936). Is a film about a woman psychiatrist and her colleague at a mental hospital who disapproves of her methods and the fact that she is a woman in a "man's field.". 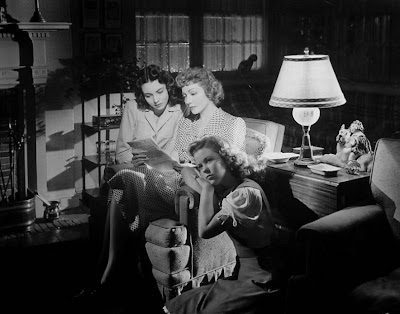 Also the film, Since You Went Away (1945). While her husband is away during World War II, Anne Hilton copes with problems at home. Taking in a lodger, to help make ends meet and dealing with shortages and rationing are minor inconveniences compared to the love affair between her daughter Jane and the lodger's grandson.

She won the Academy Award for Best Actress for the film, It Happened One Night. She also won a Golden Globe Award for Best Supporting Actress in a Series, Mini-series, or Motion Picture Made for Television for her role in The Two Mrs. Grenvilles (1988), and was nominated for an Emmy Award for the same.

So far, Claudette Colbert is the only actress in the history of film, to star in three films in the same year, and to be nominated for Best Picture Academy Award. The first being: Cleopatra. The whole movie is filled with gorgeous scenes for those of us who love lavish sets.

The second film, Imitation of Life. Bea Pullman and her daughter Jessie hit hard times after Bea's husband died. Delilah Johnson, agrees to work as Bea's housekeeper in exchange for a room for herself and her daughter Peola. Bea comes up with a plan to market Delilah's pancake recipe. The two soon become rich and as time goes by, their friendship deepens. Their relationships with their daughters, become difficult. Peola is Ashamed of her mother and passes for white. Bea and Jessie fall for the same man.

The third film, It Happened One Night(1934). A romantic comedy directed by Frank Capra, in which a pampered socialite (Claudette Colbert) tries to get out from under her father's thumb, and falls in love with a roguish reporter (Clark Gable).

The plot was based on the August 1933 short story Night Bus by Samuel Hopkins Adams, which provided the shooting title. It Happened One Night was one of the last romantic comedies created before the MPAA began enforcing the 1930 production code in 1934.

The film was the first to win all five major Academy Awards (Best Picture, Director, Actor, Actress, and Screenplay), a feat that would not be matched until One Flew Over the Cuckoo's Nest (1975) and later by The Silence of the Lambs (1991). 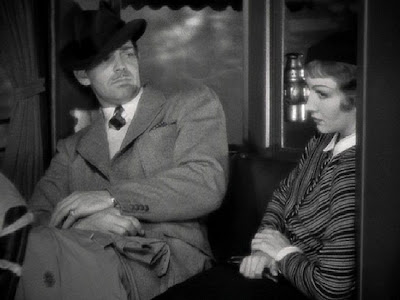