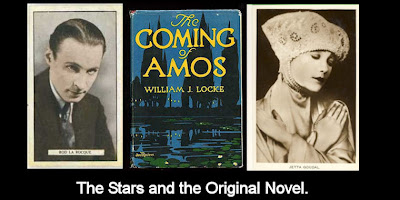 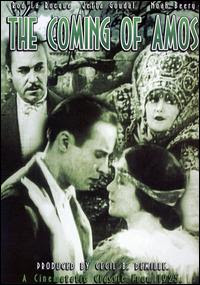 “The Coming of Amos” (1925) is a romantic drama starring Rod La Rocque, Jetta Goudal, and Noah Beery. Directed by Paul Sloane and adapted from the novel by William J. Locke, this film is about an Australian sheep rancher who falls in love with a Russian princess that is already claimed by another man. The story begins in an Australian sheep station where rancher Amos Burden, played by Rod La Rocque, receives an invitation to visit his wealthy uncle on the French Riviera. While in his uncle’s home, Amos soon becomes aware that he is not welcomed by his society friends. However, an expatriate Russian princess, Nadia Ramiroff, played by Jetta Goudal, is smitten with Amos and they soon fall in love. Unfortunately, the villainous Ramon Garcia, played by Noah Beery, feels that Nadia is his property and is very jealous of any man who she falls in love with to the point of arranging an accident to kill him. Realizing that Garcia is capable of killing Amos, Nadia spurns Amos’ affections. Eventually, Garcia steals Nadia away to his castle’s dungeon. Will Amos be able to rescue Nadia before it’s too late?

With its enchanted castles, a handsome hero, a villain, and a damsel in distress, “The Coming of Amos” has all the elements of a fairy tale. There is also a good deal of action involving fists, blades, and boomerangs. Produced but not directed by Cecil B. DeMille, this film has his signature lavish sets and costumes. Even though I found this film entertaining, the plot my seem a bit silly for many viewers. The story is so enjoyable to watch with plenty of romance and comic moments. Consisting of various classical as well as French and Spanish standards, the musical score might seem odd to some, but I thought it was pleasant and didn’t detract from my enjoyment of the film. The print quality, however, is far from pristine, but still watchable. Although Jetta Goudal and Noah Beery are wonderful in their parts, Rod La Rocque gives the best performance. He is excellent in his portrayal of a sheep rancher transformed into a passionate lover risking his life for the woman he loves. Despite this film’s limitations, La Rocque displays much charisma and screen magnetism, and he is the main reason to watch this largely forgotten silent gem. 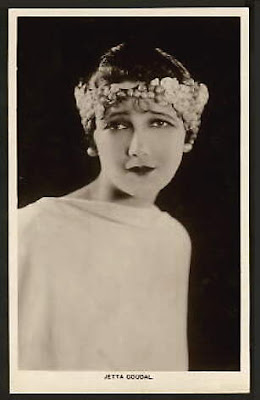 Jetta Goudal was born Henriette Goudeket, into a wealthy Orthodox Jewish family in Amsterdam, Netherlands. Arriving in New York City in 1918, she purposely disguised her Dutch and Jewish ancestry passing herself as Jetta Goudal, a Parisienne born in Versailles. Jetta’s accent was long a mystery to her friends. It was a curious mix of French, Italian, and Spanish. Jetta denied her roots because she had been badly treated in the Netherlands. In New York City, she tried her luck in the theater. The parts were relatively small and the plays forgotten, but they did bring Jetta to the attention of director John S. Robertson, who tested and cast her for the role of Pilar in the screen adaptation of Joseph Hergesheimer’s novel, “The Bright Shawl,” about to begin filming on location in Cuba. Jetta joined a cast of major names, Mary Astor, Richard Barthelmess, Dorothy Gish, and Edward G. Robinson, in a production that made good use of costumes and location but was short on dramatic impact. Jetta’s exotic looks caught the attention of the critics and led to the 1924 signing of a three-picture contract with Paramount. “Open All Night” (1924), “The Spaniard” (1925), and “Salome of the Tenements” (1925) were not great films, but they did give Jetta the opportunity to display some acting talent. Paramount did terminate her contract, claiming, in March 1925, that Jetta was too temperamental, entirely unmanageable, and that she delayed production for trivial reasons. Jetta sued for breach of contract but went ahead and signed a new contract with Cecil B. DeMille. Under the DeMille contract, Jetta was primarily starred in films produced by DeMille but directed by others such as “The Coming of Amos” (1925), “Three Faces East” (1926), and “The Forbidden Woman” (1927). Jetta was to have appeared in three more DeMille produced features, but,on September 13, 1927, the “Los Angeles Times” announced that the contract had been terminated by mutual consent. In reality, the consent was anything but mutual. DeMille had claimed the actress had frequently walked off the set and demanded new directors. Jetta claimed only that she wanted to do everything to the best of her ability and that DeMille had demanded she take 50% cut in salary. Jetta was eventually awarded $31,000 in damages. From DeMille , Jetta moved to MGM, appearing as the second lead in the 1928 Marion Davies vehicle “The Cardboard Lover.” The high spot of the film is a biting parody of Jetta by Marion, which the former claims was done with her full approval and with her designing the costume. Jetta did make three last film appearances which include D.W. Griffith’s “Lady of the Pavements” (1929), the French language version of “The Unholy Night” (1929), and “Business and Pleasure”(1932) with Will Rogers. Jetta appeared in a total of 18 films from 1922 to 1932.

It is interesting to note that Rod La Rocque was a Chicago-born actor of French descent. Along with Rudolph Valentino, Antonio Moreno, Ricardo Cortez, and Ramon Novarro, Rod La 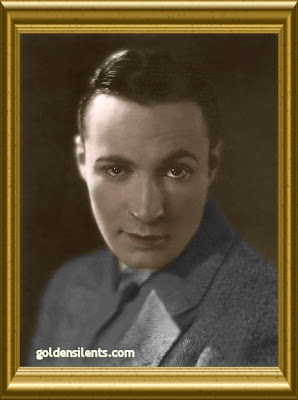 Rocque was considered one of the Latin Lovers of the silent screen era. Tall, handsome, and versatile in his roles, he made film history by marrying and staying married to the beautiful silent film actress, Vilma Banky. La Rocque appeared in a total of 104 films from 1914 to 1941.
Posted by Silentfilmfanatic at 3:50 PM