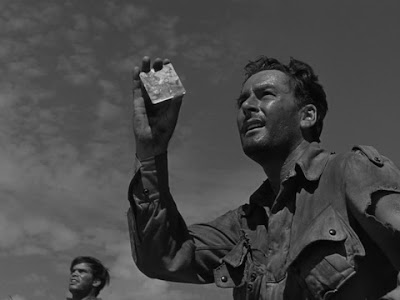 Before the recapture of Burma can begin, a radar station hidden in the Burmese jungle must be destroyed. Captain Nelson leads his men through the jungle, aided by Lieutenant Sidney Jacobs and two Gurkha guides. The paratroopers are told that they will parachute into the jungle, destroy the station and head to an abandoned airstrip, where they will be picked up. Middle-aged reporter Mark Williams, will join them to collect information for his book about the war. Nelson believes that Williams age will keep him from keeping up with his men. 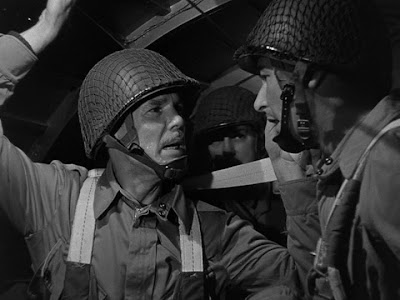 They find the station and destroy it, but now the Japanese know that they are there and escape becomes more difficult. The men find the airstrip, but a Japanese patrol prevents the rescue plane from landing. By radio, Nelson's next orders are to be picked up two days later at another airstrip. The men split into two groups. 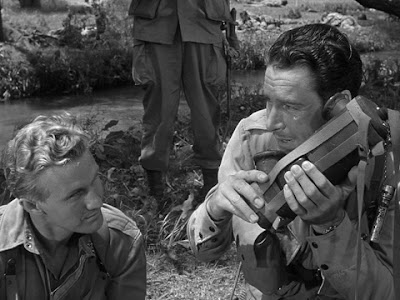 I just saw the film, Objective, Burma! I think this maybe one of Errol Flynn's best performances.
Posted by Dawn at 11:28 AM