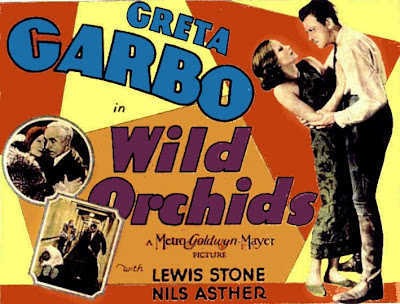 "Wild Orchids" (1929) is a silent romantic drama starring Greta Garbo, Lewis Stone, and Nils Asther. Directed by Sidney Franklin, this film is about a wife who finds herself drawn to a Javanese prince while on a trip with her husband. The story begins with middle-aged American tycoon, John Sterling, played by Lewis Stone, and his young wife, Lillie, played by Greta Garbo, embarking on a cruise to Java where they are expecting a second honeymoon. On the ship, the Sterlings meet Prince De Gace, played by Nils Asther, who is very attracted to Lillie. Even though John is not a neglectful husband, he is not much of the romantic type. This makes Lillie vulnerable to the charming prince and his advances. Lillie is quite upset when John accepts the prince's invitation to stay at his plantation and tries to persuade him not to go. However, John tells Lillie that he wants to go hunting for tigers with the prince and thinks that she is being unreasonable. Once they are at the prince's plantation, John is too busy to pay much attention to Lillie. When he is away, the prince tries to seduce Lillie who does her best to avoid him and his advances. One night after returning from a day looking at plantations, John sees the silhouettes of the prince and Lillie in an embrace against the shade. At this point, John begins to suspect his wife of infidelity. How will John handle this situation? 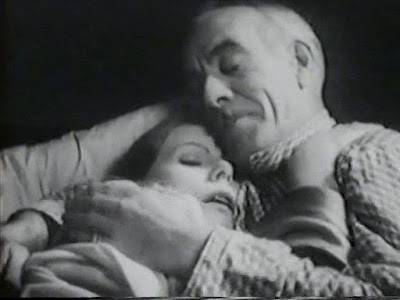 "Wild Orchids" (1929) was Greta Garbo's eighth silent film out of the ten she made at MGM. Her accent was originally thought to be a problem so her sound debut was delayed until 1930's "Anna Christie," and then treated like a major event. "Garbo Talks!" screamed the ads, and curiosity brought large crowds into the theaters. As it turned out, she not only talked well, but talked with a voice that fit her persona. Ironically, Garbo's best and worst films are her talkies, and the worst of those are unwatchable, except for Garbo. On the other hand, Garbo's silents all have something to recommend them. Their dreamy unreality is the perfect showcase for Garbo's unreal beauty. Reflecting the art of the silent cinema at its peak, "Wild Orchids" is visually beautiful with superb production values. The viewer is ab 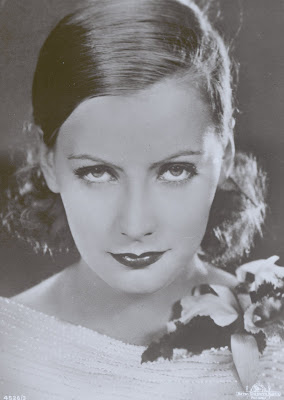 le to take a good look at the extravagant sets, large stairways, and alluring Adrian gowns. The Javanese dancing sequence is of particular interest, and the use of music and sound effects makes this silent film so fun to watch. The film is beautifully lit with memorable close ups. The naturalistic performances of the three stars make this film quite enjoyable. Lewis Stone was a wonderful silent film actor. His facial expression when he first sees Lillie and the prince in an embrace says it all. However, some of Stone's best performances, like Garbo, would come with talking pictures. Stone also delivered some of the best and funniest lines in the film. Nils Asther had already enjoyed much success as a matinee idol by the time "Wild Orchids" was filmed. He was a fine actor, but his heavy accent made it hard for MGM to cast him and he eventually returned to Sweden. While it is not a major classic, "Wild Orchids" is representative of silent films at their best and Garbo at the peak of her beauty.

*It is interesting to note that Garbo's mentor, Mauritz Stiller, died during the shooting of "Wild Orchids," and MGM refused her to go back to Sweden.
Posted by Silentfilmfanatic at 4:01 PM