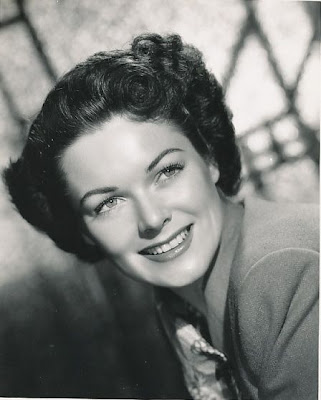 During the intermission between shows, Jackie Wales slips away from his date and climbs into a waiting car. As he is riding in the car with Armitage, Jackie changes into a messenger outfit, to murder businessman Arthur Mansfield.

Mansfield's daughter Laura, sees Jackie running back the car and later picks him out of a police lineup. Worried that Brewster is not doing enough to find her father's killer, Laura takes on the investigation herself. Laura pretending to be looking for a cab, strikes up a conversation with Jackie, outside the police station. Jackie offers to give Laura a ride home. She then watches him jump over her front gate as he did after killing her father and feels sure that he is the killer. Laura telephones Brewster, but the lieutenant down plays the information.

Laura begins to date Jackie, who later goes to the Vogue nightclub to blackmail Armitag. Armitage, refuses to be blackmailed and beats Jackie with a belt.

Suspecting that Armitage is involved with her father's murder, Laura returns to the club and asks Stretch for a job. Stretch hires her as a cigarette girl, which does not make Alice Wentworth, Armitage's girl friend very happy.

Stretch and Armitage make plans to kill Jackie, making his death look like a suicide and implicating him as an accomplice of Frank Niles, who has been arrested for the murder. Before Armitage can carry out the plan, Alice goes to Jackie and convinces him to write a confessional letter to use against Armitage. In exchange for keeping the letter safe, Alice wants fifty percent of Jackie's blackmail money. Will Armitage discover the betrayal, and will Laura get closer so she can prove him guilty?

I saw Destination Murder, for the first time on TCM this morning. I thought this was a good "B" crime/suspense drama. There is at least one interesting twist in the plot which makes the film better than most of the "B" noirs. 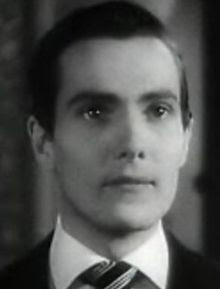 Hurd Hatfield, best known for his performance in the Oscar-winning 1945 film 'The Picture of Dorian Gray'. A native of New York, Hatfield came to England to study acting at the Chekhov Theatre Studio in Devonshire. He had lived in Ireland since the early 1970's. even though he performed in many movies, television and stage productions, he was forever remembered in his performance in the film of Oscar Wilde's novel.
Posted by Dawn at 5:28 AM