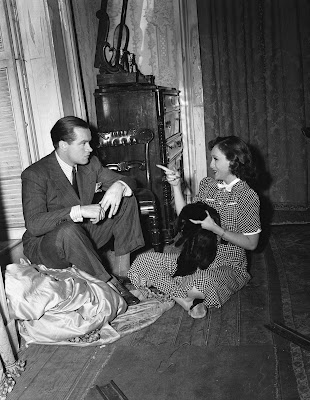 "Old Ski Nose" Bob Hope has starred with many of Hollywood's most fetching beauties in his hilarious comedies: Dorothy Lamour, Virgina Mayo, Lucille Ball, Hedy Lamarr, Jane Russell and Paulette Goddard. I personally think Paulette was his best on screen partner, no offense Bing. But Bob and Paulette did have wonderful chemistry. They made three films together: The Cat and The Canary (1939), The Ghost Breakers (1940) and Nothing But The Truth (1941). All three are very funny and showcase Bob and Paulette at their best. Their first film together The Cat and the Canary, which is a remake of the 1927 film of the same name. The plot has relatives gathering in New Orleans for the reading of a will and the setting is a creepy old mansion. Paulette plays Joyce, the heir who will inherit everything if she survives the night. Hope is Wally, a radio personality,who becomes involved with Joyce. There are thrills amid the laughs and it's a very good comedy but not the best of the three Hope and Goddard made together. 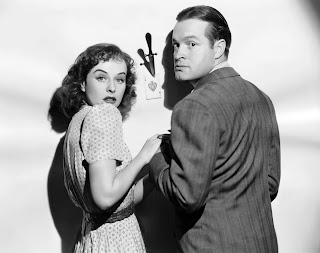 They would come back one year later for the much better The Ghost Breakers. This film pretty much has the same plot as The Cat and The Canary in that Bob plays another radio personality and him and Paulette must survive a night in another haunted mansion. But the laughs come much faster in this one. And the duo's chemistry is perfect as Bob has the scaredy guy down straight and Paulette is quite the beguiling leading lady. All that adds up to a wonderfully funny film. 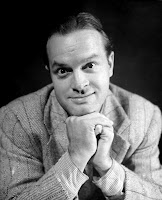 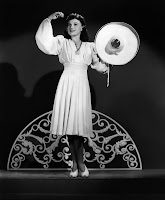 However the two stars saved their best for last with the truly zany 1941 comedy Nothing But The Truth. In this one Bob plays stockbroker Steve Bennett who makes a bet with his co-workers that he can tell the truth for 24 hours. Paulette is the boss's niece who wants Steve to invest some money for her. The whole cast winds up on a yacht for a dinner party and it's a gas seeing Hope tap dance around the truth for a solid hour. Hope has never been better and Goddard ratchets up her game as well as she gets in on the fun too. I think it was a great move by placing the duo in a modern setting and not dealing with haunted mansions, zombies and murder. This made it seem like a breath of fresh air seeing the stars in this type of setting. It's too bad they didn't make anymore films together.
Posted by monty at 3:00 AM