Clara Kimball Young played the sort of roles in the1910’s that were taken by Norma Talmadge in the 1920’s. She starred in dozens of successful “women pictures” featuring noble, mature characters coping with tragedy and heartbreak. Clara was born of theatrical parents. She was born in Chicago on September 6, 1890. Her earliest childhood was spent on the stage because her mother did not want to leave her home, so she acted across the country until she was old enough for boarding school. 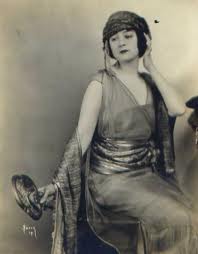 Clara spent her teen years at St. Francis Xavier Academy in her hometown, then went right back onstage. While playing stock in Salt Lake City, Clara met actor/director James Young and the two wed in 1912. 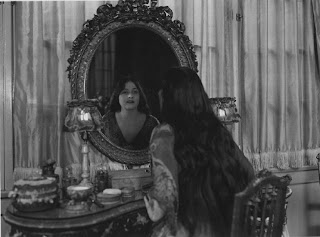 When Clara was in her 20’s, she and her husband signed with Vitagraph and worked there for two years. While making some twenty Vitagraph films, Clara learned to apply her own film makeup and design her own costumes. Clara made both dramas and comedies at Vitagraph, often costarring with Maurice Costello, but at twenty-five she appeared ten years older and parlor dramas suited her best. 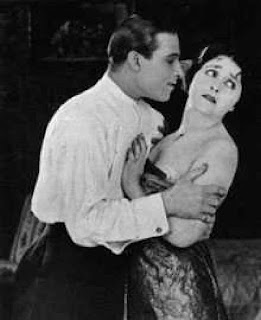 Clara’ biggest Vitagraph success was also her last film, My Office Wife (1914), which was directed by her husband. Lewis J. Selznick stole Clara from Vitagraph shortly after and she was to stay with him through her greatest successes. 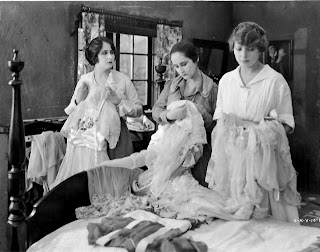 In 1914, at least one fan magazine poll named her the country’s most popular actress. However, Clara’s success unnerved her husband whose career was waning. They divorced in 1919. Her career continued with hit film after another. She even  played “Trilby” and “Camille” in 1915 and recreated dramatic Broadway hits.

In 1916, Selznick to reward her for her first success formed The Clara Kimball Young Corporation within Selznick. Unfortunately, things started falling apart when Clara married producer/director Harry Garson, who took control of her career at a dangerous point. The problem was that Clara projected a rather matronly image in the flapper era. Clara and her husband left Selznick and went out on their own. Things went all right for a year or two.

In 1919, Clara starred in the successful "Eyes of Youth" for Equity. Her leading man in this melodrama was Milton Sills, but supporting player Rudolph Valentino stole the film. In 1922, Clara separated from her second husband and freelanced at different studios. Clara was seriously injured in an auto accident in 1932 and declared bankruptcy the following year. Flat broke, Clara made her film comeback in RKO’s Kept Husbands (1932) starring Joel McCrea.

Clara appeared in another sixteen films after Kept Husbands (1932). A few were for the major westerns, but the remainder were for Monogram, Chesterfield, Tiffany, and the like. Humiliating articles appeared regularly, but what was remarkable was Clara’s cheerful attitude about her plight. Her response was that she had her share of glory. Clara’s last film was The Round Up (1941) another low-budget western in which fellow silent film star Francis S. Bushman made an appearance. Even  though she was out of the film industry, Clara did not become a recluse. She spoke at film conventions and spoke to reporters, but she refused to become nostalgic.

In 1956, Clara signed on as correspondent with Johnny Carson’s comedy variety show on CBS. This was before his “Tonight Show” fame. Clara entered the Motion Picture Country Home after a bout with pneumonia in January 1960. When she died on October 15 of that year, Clara was broke and virtually forgotten. She was also one of the happiest and most emotionally healthy actresses the film industry ever produced. Clara died at the age of 70.

Posted by Silentfilmfanatic at 4:45 PM