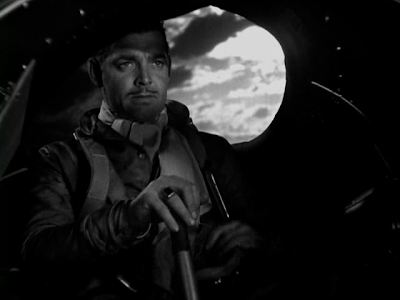 Night Flight (also known as Dark to Dawn) is a 1933 aviation drama film produced by David O. Selznick. Directed by Clarence Brown. Cast: Lionel Barrymore, John Barrymore, Clark Gable and Helen Hayes. It is based on the 1931 novel of the same name which won the Prix Femina the same year, by French writer and pioneering-aviator Antoine de Saint Exupery. Based on Saint-Exupery's personal experiences while flying on South American mail routes, Night Flight recreates a 24-hour period of the operations of the fictional airline, Trans-Andean European Air Mail. 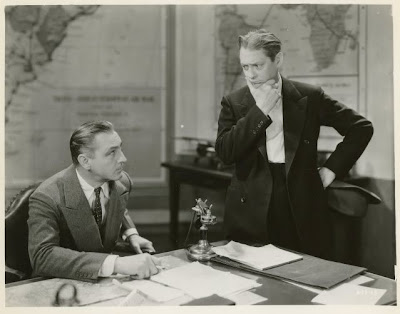 A mother is very worried about her very ill son in a Rio de Janeiro hospital. Everyone is waiting for a very important package containing a life-saving medicine to be delivered by the night flying Trans-Andean European Air Mail, the very next day.

In Santiago, Chile, pilot Auguste Pellerin leaves for Buenos Aires, the airline's headquarters, with the medicine. Bad weather makes his flight a dangerous one and the shaken Pellerin, is thankful to land safely, even though the airline's ruthless director general of a mail service, Riviera, fines him for being late.

Riviera, is a harsh boss who respects his pilots even while driving them ever harder and his no-nonsense tactics worry inspector, Robineau.

Meanwhile, pilot Jules Fabian and his wireless operator, H. Guimet, have left Punta Arenas and do not like the looks of a sudden rainstorm in front of them.

Fabian's wife Simone, is waiting at home for him and has prepared a special dinner to celebrate his first night flight.

Meanwhile, Guimet wants to land in nearby Bahia Blanca, Argentina, but Fabian decides to push ahead, because he does not want to be fined for being late. They radio to headquarters that they are flying blind, but their transmission is cut off. As time wears on Fabian, fly's off-course by the storm.

After Robineau, returns to the office following a dinner with Pellerin, Riviera reprimands him for socializing with the pilot and forces him to punish Pellerin for a fabricated offense, to teach him a lesson.

Riviera, calls a Brazilian pilot to take the mail to Rio and the pilot's wife pleads with him not to go.

Simone, now realizing that her husband is very late, arrives at headquarters after Riviera refuses to give her any information over the telephone.

While Simone waits anxiously for news, Fabian and Guimet, who believe that they have passed the worst of the storm, are forced to jump from their plane when the plane runs out of fuel. The storm has driven them over the ocean and both men jump to their death.

At the airport, Simone realizes that Fabian is dead and hysterically accuses Riviera of treating the pilots like machines. Riviera, insist the night mail must go through, sending the Brazilian pilot onto Rio.

Despite his wife's worries, the pilot makes his run safely and on time. The serum reaches the hospital and the ill child's life is saved. 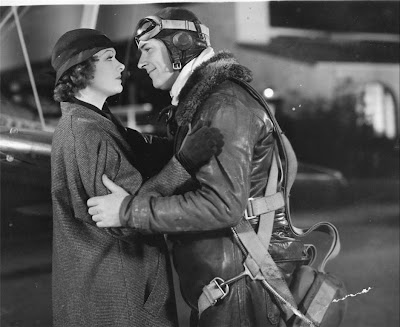 This all-star cast performs in this awesome film about pilots, with some great aerial footage... This was Lionel's fifth and final teaming with his younger brother John, playing the ruthless director general of a mail service who asks pilots to risk their lives on a daily basis flying over the Andes. Clark Gable, was very impressive as a doomed flyer. 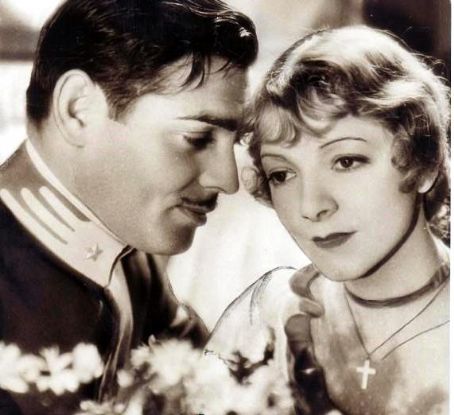 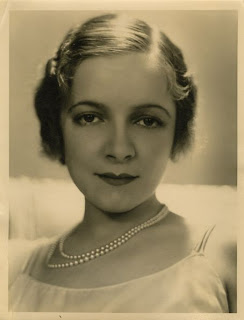 Helen Hayes Brown (October 10, 1900 – March 17, 1993), career spanned almost 70 years. Her mother, Catherine Estelle, was an aspiring actress. Her father, Francis van Arnum Brown, worked at the Washington Patent Office and as a manager and salesman for a wholesale butcher.

Hayes began a stage career at an early age. She said her stage debut was as a 5-year-old singer at Washington's Belasco Theater (on Lafayette Square, across from the White House.)

By the age of ten, she had made a short film called Jean and the Calico Doll, but moved to Hollywood only when her husband, playwright Charles MacArthur, signed a Hollywood deal.

Her sound film debut was in, The Sin of Madelon Claudet, for which she won the Academy Award for Best Actress.

She followed that with starring roles in, Arrowsmith (with Myrna Loy), A Farewell to Arms (with actor Gary Cooper, The White Sister, What Every Woman Knows (a reprise from her Broadway hit) and Vanessa: Her Love Story.

Hayes, returned to Broadway in 1935, where for three years she played the title role in the Gilbert Miller production of Victoria Regina, with Vincent Price as Prince Albert, first at the Broadhurst Theater and later at the Martin Beck Theater.

In 1953, she was the first-ever recipient of the Sarah Siddons Award for her work in Chicago theater, repeating as the winner in 1969.

She returned to Hollywood in the 1950's, and her film star began to rise. She starred in, My Son John (1952) and Anastasia (1956), and won the Academy Award for Best Supporting Actress for her role as an elderly stowaway in the disaster film, Airport (1970).

She followed that up with several roles in Disney films such as Herbie Rides Again, One of Our Dinosaurs is Missing and Candleshoe. Her performance in Anastasia was considered a comeback—she had suspended her career for several years due to the death of her daughter Mary, and her husband's failing health.

In 1955 the Fulton Theater was renamed for her.

In 1983 the Little Theater on West 45th Street was renamed The Helen Hayes Theater in her honor, as was a theater in Nyack, which has since been renamed the River-space-Arts Center.

The Helen Hayes Award for theater in the Washington D.C. area is named in her honor. 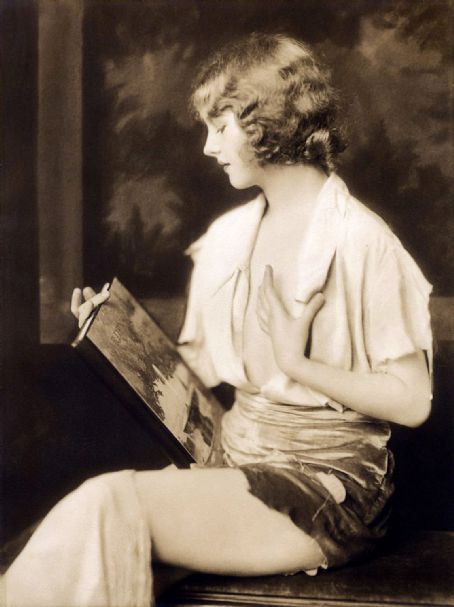