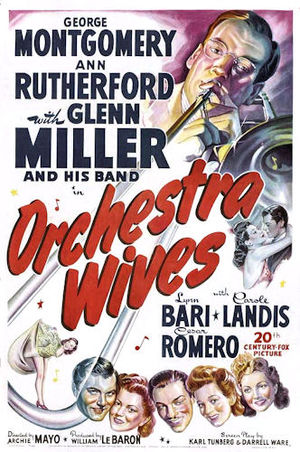 Connie Ward marries Bill Abbott, a trumpet player in Gene Morrison's swing band. She soon finds herself having trouble with the other band member's wives. She is also worried by the flirtation between Abbott and Jaynie, the band's female singer.

When Ward decides to walk out on Abbott, the troubles among the musicians and their wives, come to a head and band leader Morrison, is forced to break up the orchestra. Ward and the band's pianist Sinjin then work together to reunite the band, which also produces a reconciliation between Ward and Abbot.

Orchestra Wives features many wonderful songs by Mack Gordon and Harry Warren, who were also responsible for the songs featured in Miller's first film, Sun Valley Serenade (1941). The main production number is "I've Got a Gal in Kalamazoo".

"Chattanooga Choo-Choo", from the first film that features a vocals and sax by Tex Beneke, backup singing by the Modernaires, and the dance sequence by the Nicholas Brothers.

Other songs include: "People Like You and Me", "Bugle Call Rag"..

and the romantic ballads "At Last"..

The film score uses "At Last" as a musical motif that is played throughout the movie.

"Boom Shot", an instrumental composed by Glenn Miller and Billy May for the movie, also is played in the movie, first on the jukebox in the soda shop, then when Ann Rutherford and Harry Morgan are shown dancing.

I love this movie and the glamorous fashions of the day. The plot showcases the toe tapping music and singing. Also, what fun it is to see Jackie Gleason playing the bass. This wonderful movie seems to be almost unknown, yet it should be on the top of the list of every Glenn Miller fan. 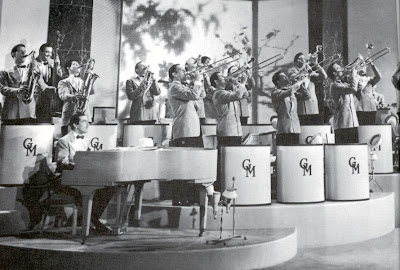 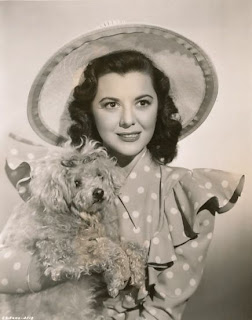 Ann Rutherford began her film career in starring roles in Waterfront Lady for Mascot Pictures in 1935.

Afterward, she was placed under contract with MGM, where she performed in films: A Christmas Carol (1938) and Pride and Prejudice (1940).

She was loaned to Selznick International to perform as, Carreen O'Hara in Gone with the Wind (1939). 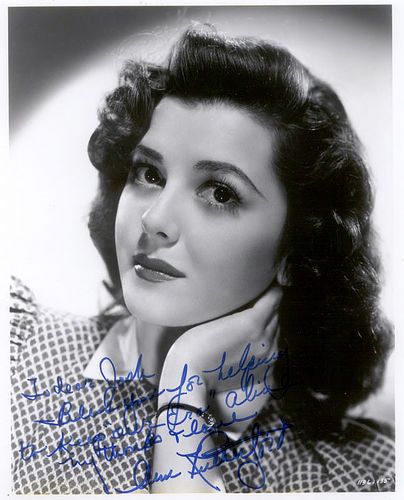