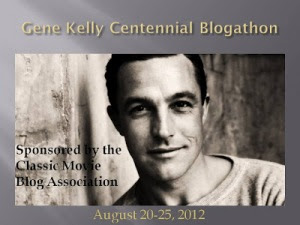 This is my contribution to the week-long Gene Kelly Centennial Blogathon, sponsored by the Classic Movie Blog Association. Please stop by other blogs(located on the sidebar) and read the many wonderful tributes celebrating Gene Kelly's 100th birthday. 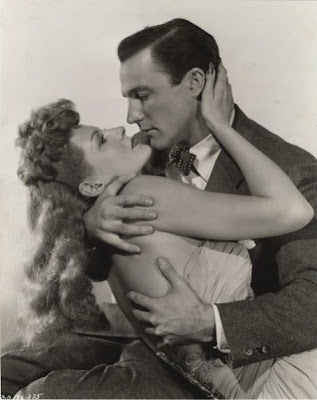 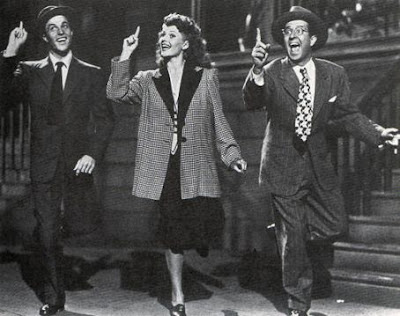 Cover Girl (1944). Musical. Cast: Rita Hayworth and Gene Kelly. Directed by Charles Vidor, and was one of the most beloved musicals of the war years.

The film has 8 dance/songs written by Jerome Kern and Ira Gershwin, including: "Long Ago (and Far Away)". The film won the 1944 Academy Award for best musical scoring.It was also nominated for four other awards; Best Art Direction (Lionel Banks, Cary Odell, Fay Babcock), Best Cinematography, Best Original Song for "Long Ago (and Far Away)" and Best Sound, Recording (John Livadary).

The film begins when, Maxine Martin enters a contest to be a Vanity magazine cover girl. Rusty Parker, another dancer at Danny Maguire's Brooklyn nightclub, also enters the contest. The two women are interviewed by Cornelia Jackson, who works for the magazine.

When Jackson shows interest in Rusty, Maxine ruins her chances by telling her that Jackson is looking for a model with over the top personality. When Rusty takes her advice and puts on a huge act, Jackson thinks she is nuts. Jackson believes that Maxine, is the better candidate for the cover.

Coudair insists on going to Danny's club to see her in her "natural environment." When they get to the club they watch the girls dance number where Rusty, reminds Coudair of his long lost love, Maribelle Hicks.

After her performance, Rusty joins Danny and Genius, at Joe's oyster bar, where they enjoy their Friday night ritual looking for a pearl to bring them luck. When they return to their apartment, Rusty finds a telegram from Coudair, inviting her to his office the next day. Thinking that Coudair's offer will end their close friendship, Genius tears up the telegram. When Rusty is alone she runs back downstairs to put the pieces back together.

Rusty makes her appointment with Coudair and when he learns that Maribelle Hicks was her grandmother, he gives her the magazine's cover. Coudair brings Broadway theater owner Noel Wheaton to meet Rusty to offer her a job. At first Rusty turns him down. Coudair joins forces with Wheaton to lure Rusty to Broadway and sends Rusty an invitation to Vanity 's 50th anniversary dinner.

Mean while Danny arrives at the Coudair mansion only find to find the house empty except for Coudair who insist that Danny free Rusty from her contract.

The next day, Rusty is late for rehearsal, and Danny gives her song to Maxine to perform. Rusty hurt rushes out of the club, headed for Broadway. Will Rusty give up fame and fortune for love?

What makes this a milestone film for Gene Kelly, are the two musical numbers: Put Me to the Test. Along with the Alter Ego. Kelly, said the alter ego number was one of the hardest dance numbers he ever performed in his career. With the amazing technicolor cinematography, Cover Girl, will forever be one of my favorite musicals. 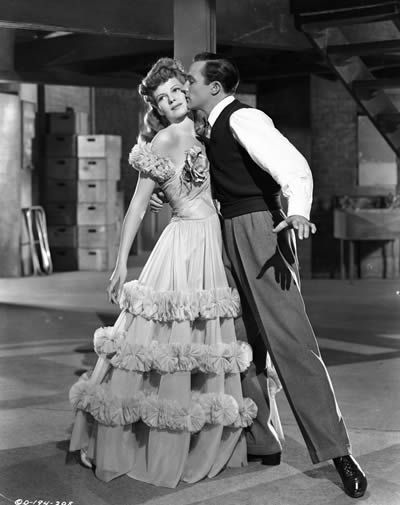 Columbia Pictures gave Gene Kelly almost complete control over the making of this film, and many of his ideas contributed to its lasting success. He removed several of the sound stage walls so that he, Rita Hayworth, and Phil Silvers could dance along an entire street in one take. He also used trick photography so that he could dance with himself in one sequence.

During the middle of shooting Rita Hayworth eloped with Orson Welles. Coincidentally the film's wedding scene was shot that day. Share this Several Conover Cover Girl models appear in this film. 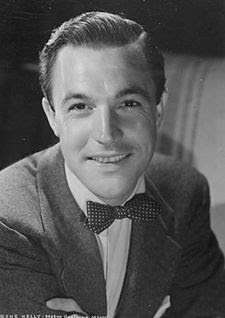 Kelly was born in the Highland Park neighborhood of Pittsburgh. He was the third son of Harriet Catherine and James Patrick Joseph Kelly, a phonograph salesman.

At the age of eight, Kelly was enrolled by his mother in dance classes, along with his older brother James, feeling like sissy's, they both dropped out

Kelly returned to dance after becoming an sportsman and able to take care of himself. He attended St. Raphael Elementary School in the Morningside neighborhood of Pittsburgh, PA. He graduated from Peabody High School in 1929 at the age of sixteen. He enrolled in Pennsylvania State College to study journalism but the economic crash changed his plans and he had to find employment to help support his family.

This is when he put together dance routines with his younger brother Fred, to earn prize money in local talent contests, they also performed in local nightclubs. In 1931, Kelly enrolled at the University of Pittsburgh to study economics where he joined the Phi Kappa Theta fraternity.While at Pitt, Kelly became involved in the university's Cap and Gown Club, which staged original, comedic musical productions.

Earning a Bachelor of Arts in Economics, with his graduation from Pitt in 1933, he remained active with the Cap and Gown Club, serving as its director from 1934 to 1938, while at the same time enrolling in the University of Pittsburgh Law School. Also during this period, Kelly's family started a dance studio in Pittsburgh. In 1932, the dance studio was renamed, The Gene Kelly Studio of the Dance. A second location was opened in Johnstown, Pennsylvania in 1933. Kelly, served as a teacher at the studio during both his undergraduate and law student years at Pitt.

In 1931, he was asked by the Rodef Shalom synagogue in Pittsburgh to teach dance and to stage the annual Kermess. This venture lasted for seven years until he decided to pursue his career as a dance teacher and full-time entertainer and dropped out of law school.  In 1937, he moved to New York City to follow his dream of becoming a successful choreographer and actor. He did perform one time with his brother(1954), Fred Kelly in the movie: 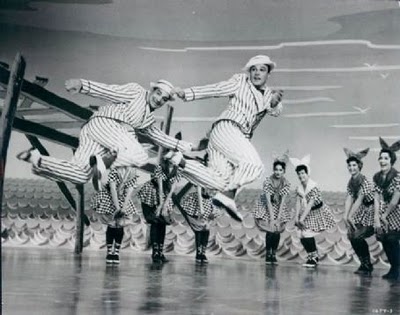 Deep in My Heart(1954). Biographical musical about the life of operetta composer Sigmund Romberg, who wrote the music for The Student Prince, The Desert Song, and The New Moon. Leonard Spigelglass adapted the film from Elliott Arnold's 1949 biography of the same name. Stanley Donen directed and Eugene Loring choreographed.

The film, which takes its title from "Deep in My Heart, Dear," a song from "The Student Prince," which has  cameos by: Cyd Charisse, Rosemary Clooney, Vic Damone, Howard Keel, Gene Kelly and his brother Fred Kelly (their only on-screen performance together), Tony Martin, Ann Miller, James Mitchell, Jane Powell, and the ballerina Tamara Toumanova. Robert Easton and Russ Tamblyn both make uncredited appearances. 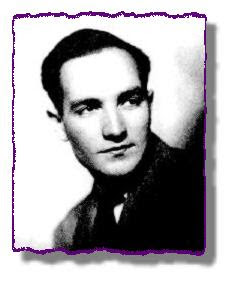 Some highlights of Fred Kelly's career: Winner of three Donaldson awards, which were the precursor of the Tony Awards: one for acting, one for comedy and one for dance (presented by Antoinette Perry, for whom the Tony awards are named).

In the movie Meet Me in St. Louis, the song “The Boy Next Door” was based on Fred and his wife, Dottie, who was his childhood sweetheart. They lived next door to each other in Pittsburgh. Fred produced, directed, or was otherwise involved with the first television drama series, soap opera, cooking show, and talk show - a true television pioneer. 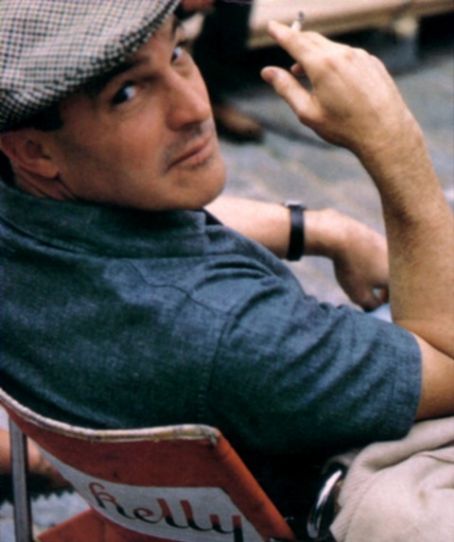