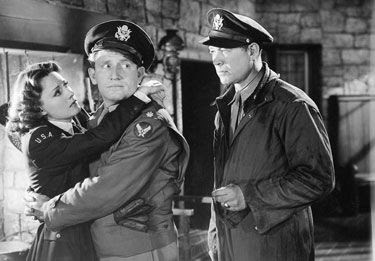 A Guy Named Joe(1943). Directed by Victor Fleming, produced by Everett Riskin, from a screenplay by Dalton Trumbo, adapted by Frederick Hazlitt Brennan from a story by Chandler Sprague and David Boehm. Cast: Spencer Tracy, Irene Dunne and Van Johnson, with Esther Williams in a minor role. Musically, it featured the popular song "I'll Get By (As Long as I Have You)" by Fred Ahlert and Roy Turk, sung by Ms. Dunne. A Guy Named Joe was remade by Steven Spielberg in 1989 as Always with Richard Dreyfuss, Holly Hunter and John Goodman, updating it to 1989 and exchanging the World War II backdrop to one of aerial firefighting.

After another dangerous flight, Nails, decides to transfer Pete and his best friend, pilot Al Yackey, to a quieter base in, Scotland. Dorinda, is not very happy about the transfer and half jokingly asks Pete to marry her.

It does not take long before, Pete and Al are bored with their new assignment and are more than happy to see Dorinda, when she flies in for a visit. She can not shake the feeling that Pete's "number is up." and begs Pete to accept Nails's, offer to become a flying instructor in America.

Pete initially rejects the idea, until she promises that she will give up flying, if he goes home, or she will transfer to Australia. Not wanting to lose her, he promises to take up Nails's offer. Al, comes in and tells Pete that they must leave to pick up a large German aircraft carrier.

On the flight, Pete does not take unnecessary chances, but.. is attacked by a German plane. After being wounded, he orders his crew to bail out, then crashes his plane onto the carrier. When Al returns to the base, Dorinda has already sensed that the love of her life is gone.

Meanwhile, Pete finds himself walking up in the clouds, when recognizes an old friend, Dick Rumney, who went down with his plane. Pete says "either I'm dead or I'm crazy," and Dick answers, "You're not crazy."Pete is then introduced to the General, who gives him the assignment to return to earth and share his knowledge with new flyers. Pete and Dick then go to a military flying school in Arizona, where Pete becomes a "ghost tutor" to wealthy Ted Randall. Pete, is not impressed with Ted, but.. as he guides him through training he becomes proud of him.

Dick and Pete's, flyers are sent to the South Pacific, their "ghost tutors" who hope to keep the men safe through combat, tag along. Soon after arriving, Ted goes to the local officers' club, with Pete following close behind. Pete sees Dorinda, sitting at a table and he goes to talk with her, but.. Ted, interrupts him to invite her to dinner. At first she turns him down, but.. encouraged by Al, she accepts.


Both Dorinda and Ted, notice the many odd similarities between Ted and Pete. When Ted is promoted to captain, he proposes to Dorinda and she accepts.

Dorinda, is visited by Pete, who advises her, through her subconscious, to marry Ted. Soon after, Ted stops by to inform her of his next assignment to destroy a Japanese ammunition dump in the South Pacific. She still thinking about Sam, tells him.. that she can not marry him.

When she learns that Ted, will be flying on an extremely dangerous mission, she rushes to the airbase and sneaks into his plane and takes off. Wanting to protect her, Pete sits behind her during the mission. Will he be able to keep her safe from the enemy? 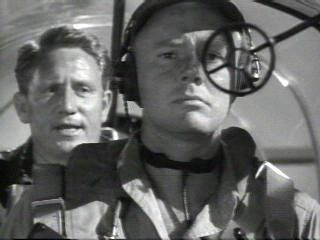 There was no way to composite Spencer Tracy's image into the scenes where Van Johnson is flying, so he actually had to be standing behind Johnson and, later, Irene Dunne for the filming of these scenes. The same approach was used for The Ghost and Mrs. Muir (techniques for superimposing one image onto another were not invented until much later).

The War Department initially did not approve the script, fearing psychological damage to new and experienced pilots and their parents. It relented after 2 revisions and promised full cooperation.

This picture was featured as MGM's big Christmas spectacular of 1943.

Along with Spencer Tracy, Irene Dunne insisted the film's production be halted until Van Johnson was well after his auto accident, in which he was seriously injured. During this period, MGM snatched Dunne up to make The White Cliffs of Dover, released the following year as the MGM 20th Anniversary film. As a thank you for her gratitude, Johnson appears in a small role in 'Dover.'

Van Johnson was critically injured in an automobile accident on 31 March 1943 and MGM was set to replace him, but Spencer Tracy insisted that they shoot around him during his convalescence. Johnson didn't return to work until the first week in July of 1943, more than three months later.

Reportedly Steven Spielberg's favorite movie, he remade it in 1989 as Always. The remake included the three main characters (Pete Sandich, Durinda Durston and Al Yackey), plus the characters of "Ted" and "Nails." 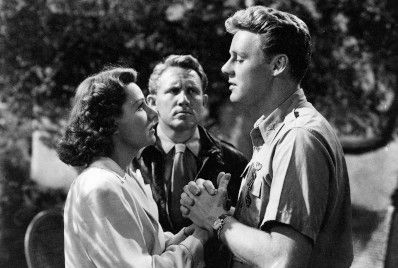 This is one of my favorite Spencer Tracey movies, Irene Dunne, is also at her best here. I also think one of Van Johnson's best performances. If you've never seen "A Guy Named Joe," I strongly recommend it with a box of Kleenex. 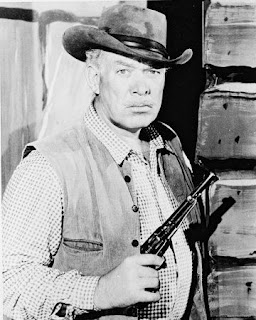 Ward Bond (April 9, 1903 – November 5, 1960), attended the University of Southern California and played football and was a starting lineman on USC's first national championship team in 1928. Bond and John Wayne, who as Marion Morrison had played tackle for USC in 1926 before an injury ended his career, became lifelong friends. Bond, Wayne and the entire Southern Cal team were hired to appear in Salute (1929), a football film starring George O'Brien and directed by John Ford. It was during the filming of this movie that Bond and Wayne became friendly with Ford, and both actors would perform in many of Ford's later films.

Bond made his screen debut in Salute, and thereafter played over 200 supporting roles, rarely playing the lead in film, until starring in the television series.. Wagon Train from 1957 until his death in 1960.

He was frequently typecast as a friendly policeman or as a brutal thug. He had a long-time working relationship with directors John Ford and Frank Capra, performing in such films as: The Searchers, Drums Along the Mohawk, The Quiet Man, and Fort Apache for Ford, with whom he made 25 films, and It Happened One Night and It's a Wonderful Life for Capra.

Rumor has it that... country singer Johnny Horton died in an automobile accident while driving to see Bond at a hotel in Dallas to discuss a possible role in the fourth season of Wagon Train. Although Horton was indeed killed in a car crash at 1:30 a.m. on November 5, 1960, and Bond died from a massive heart attack at noon that same day, the two events were unrelated.

Horton was really on his way from Austin to Shreveport, Louisiana, not Dallas. Bond was in Dallas to attend a football game. Bond was 57 at the time of his death; John Wayne gave the eulogy at his funeral. Bond's will bequeathed to Wayne the shotgun with which Wayne had once accidentally shot Bond.

For his contribution to the television industry, Bond has a star on the Hollywood Walk of Fame at 6933 Hollywood Blvd. In 2001, he was inducted into the Western Performers Hall of Fame at the National Cowboy and Western Heritage Museum in Oklahoma City. There is also a Ward Bond Memorial Park in his birthplace of Benkelman, Nebraska. 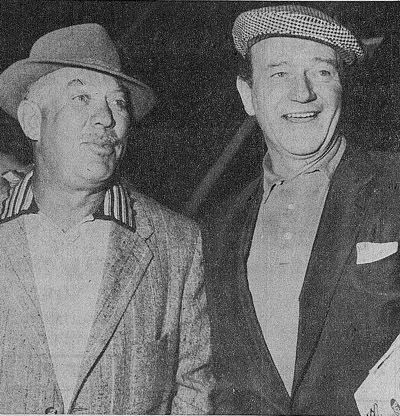