Even though Gene Kelly and Judy Garland, had such great respect for each other they only performed in three films together: For Me and My Gal (1942), The Pirate (1948) and Summer Stock (1950).

They met when Gene was performing in, Pal Joey on Broadway. After the show Gene, Judy and her mother, went to the Copacabana club to become more acquainted. After the club closed, Gene and Judy spent the rest of the evening walking through Central Park, talking about doing a movie together.

Gene, always gave Judy credit for helping him learn how to dance in front of a camera as opposed to dancing on stage in front of an audience. The silver screen couple, were very charming together in all their films. 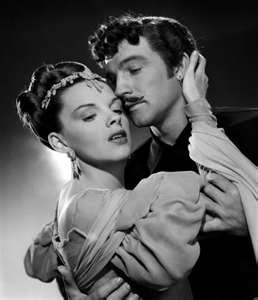