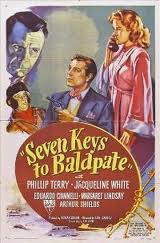 The story begins during the middle of a winter storm, Magee, a novelist, checks into the resort called Baldpate Inn, where he given the "only key" to the hotel. He wants to win a bet that he made with a friend that he can write a novel in twenty-four hours, Magee, finds himself distracted by a gangster, that goes by the name, Bland, who confronts Magee at gunpoint. Magee tricks Bland into locking himself in his room and then runs into Mary Norton, who claims to be a down-on-her-luck actress.

The inn's next guests are, Professor Bolton, Adlebert Peters, Baldpate, and  Mrs. Hayden, who tells Magee that Bland's boss, Jim Cargan, a private detective, is trying to extort money from her husband for the return of her stolen jewels.

Magee, watches Mary and Bolton trying to open the safe, which Mary explains contains Hayden's money. After Mary shows Magee the inn's secret passage, Bland, has jumped out of Magee's window, Hayden and Cargan arrive to help open the safe. Max, Cargan double-crosses his men and runs off with the money, but is knocked out by Bolton, who is then knocked out by Magee.

After Magee hides the cash, Bland finds it and hides it in a woodstove, which is opened by Peters, who hides the money under a chair cushion. While Mary is looking for the cash, Magee is confronted by the gangsters and in the confusion, Mrs. Hayden, who is actually an impostor named Myra, reveals that Max stole Hayden's jewels at Cargan's request. Max shoots Myra and when the police arrive they all hear Magee's accusations. Mary then reveals that she is really Mary Johnson, a New York reporter, and Bolton confesses that he is really Harrison, an insurance detective. There's a 'surprise' ending is not very surprising. My favorite performance in this movie is by Henry Travers, even though he plays a old hermit who is writing a manuscript against womankind. 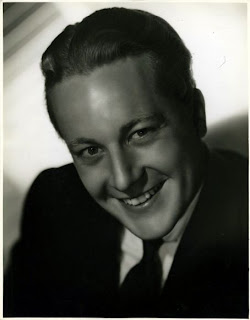 Gene Raymond (August 13, 1908 – May 2, 1998) . He attended the Professional Children's School while performing in productions: Rip Van Winkle and Mrs. Wiggs of the Cabbage Patch. His Broadway debut, at age 17, was in The Cradle Snatchers. The cast included Mary Boland, Edna May Oliver, and a young Humphrey Bogart.

His screen debut was in Personal Maid (1931). Another early performance was in,  If I Had a Million, Zoo in Budapest with Loretta Young, and many musicals, mostly with Ann Sothern. He wrote a number of songs, including:  "Will You?" which he sang to Sothern in, Smartest Girl In Town (1936). His wife, Jeanette MacDonald, sang several of his more classical pieces in her concerts and recorded one entitled "Let Me Always Sing".

His best known films, mostly as a second lead actor, include Red Dust (1932) with Jean Harlow, Zoo in Budapest (1933) with Loretta Young, Ex-Lady (1933) with Bette Davis, Flying Down to Rio (1933) with Dolores del Río, Fred Astaire and Ginger Rogers, I Am Suzanne (1934) with Lilian Harvey, Sadie McKee (1934) with Joan Crawford, Alfred Hitchcock's Mr. and Mrs. Smith (1941) with Carole Lombard and Robert Montgomery, and The Locket (1946) with Laraine Day, Brian Aherne, and Robert Mitchum. MacDonald and Raymond made one film together, Smilin' Through. Raymond both directed and performed in the drama, Million Dollar Weekend (1948).
Posted by Dawn at 5:23 AM

Email ThisBlogThis!Share to TwitterShare to FacebookShare to Pinterest
Labels: seven keys to baldpate(1935), the 30s