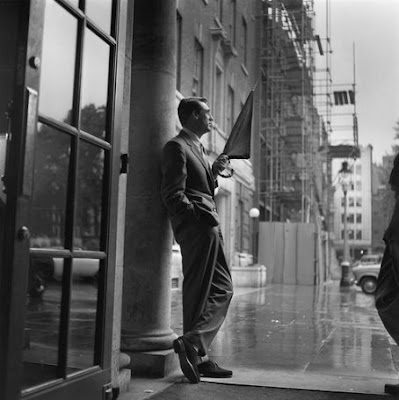 Archibald Alexander Leach(January 18, 1904 – November 29, 1986), better known by his stage name Cary Grant. He moved to Hollywood in 1931, where he used the name Cary Lockwood. He chose the name Lockwood after the name of his character in a recent play called, Nikki. After he signed with Paramount Pictures, the studio wanted to change his stage name. They decided that the name Cary would work, but Lockwood had to go because it was similar to another actor's name. Grant chose his name because of the initials C and G had already proved lucky for Clark Gable and Gary Cooper.

Already having appeared as leading man opposite Marlene Dietrich in, Blonde Venus(1932), in a story about a woman who was a popular nightclub singer turned housewife, but when her husband needs a life-saving operation, she decides to resume her career.  Soon she has to make a choice between her singing career and her husband. 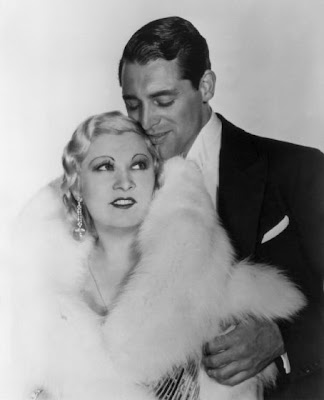 May West, picked him for her leading man in two of her most successful films, She Done Him Wrong a Pre-Code (1933). Comedy romance film. cast: Mae West and Cary Grant. Others in the cast include: Louise Beavers, Owen Moore, Gilbert Roland, Noah Beery, Sr., and Rochelle Hudson. The film was directed by Lowell Sherman and produced by William LeBaron. The script was adapted by Harvey F. Thew and John Bright from the successful Broadway play Diamond Lil by Mae West. Original music was composed by Ralph Rainger, John Leipold and Stephan Pasternacki. Charles Lang was responsible for the cinematography, while the costumes were designed by Edith Head.

The movie is famous for West's many double meaning quips, including her seductive, "I always did like a man in a uniform. That one fits you grand. Why don't you come up sometime and see me? I'm home every evening."

Followed by, I'm No Angel (both 1933). His first major comedy hit was when he was loaned to Hal Roach's studio for the film, Topper(1937). A story about a fun-loving couple, finding that they died and are now ghosts, decide to shake up a friend of theirs. 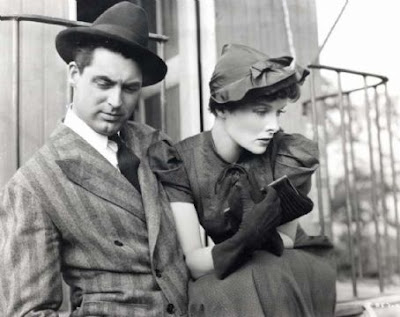 Grant starred in many classic screwball comedies: Bringing Up Baby (1938) with Katharine Hepburn, His Girl Friday (1940) with Rosalind Russell, Arsenic and Old Lace (1944) featuring Priscilla Lane, and Monkey Business (1952) opposite Ginger Rogers and Marilyn Monroe. Monkey Business, is similar to the film, Bringing Up Baby (1938), which also starred Cary Grant and was directed by Howard Hawks, but had a leopard instead of a chimpanzee. The plot, involving a chemical that causes a board of directors to act like children, is similar to the film, Lover Come Back(1961), with Doris Day–Rock Hudson, although in that film the chemical causes everybody to get extremely drunk.

Hawks said he did not think the film's premise was believable, and as a result thought the film was not as funny as it could have been. Peter Bogdanovich has noted that the scenes with Cary Grant and Marilyn Monroe work especially well . 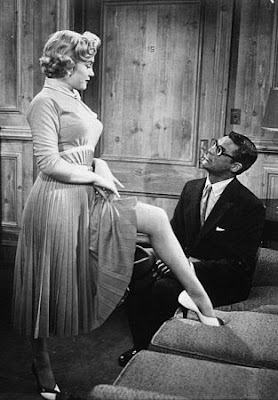 It was the film, The Philadelphia Story (1940), with Hepburn and James Stewart, that made him a star. A story about socialites Tracy Lord and C.K. Dexter Haven, who married impulsively. They brake up when Dexter's drinking became too excessive. Two years after their break-up, Tracy is about to remarry, a politician by the name of, George Kittredge. The day before the wedding, three unexpected guests show up at the Lord mansion: Macaulay Connor, Elizabeth Imbrie. Dexter, who is now working for a tabloid magazine.

Grant was a favorite of Alfred Hitchcock, who said that Grant was "the only actor I ever loved in my whole life". Grant appeared in the Hitchcock classics Suspicion (1941), Notorious (1946), To Catch a Thief (1955) and North by Northwest (1959). 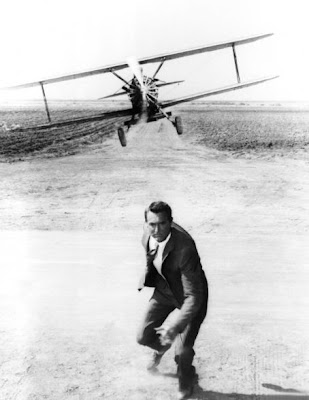 Biographer Patrick McGilligan wrote that, in 1965, Hitchcock asked Grant to star in, Torn Curtain (1966), only to learn that Grant had decided to retire after making one more film, Walk, Don't Run (1966).

In the mid-1950s, Grant formed his own production company, Grantley Productions, and produced a number of movies distributed by Universal: Operation Petticoat (1959), Indiscreet (1958), That Touch of Mink (co-starring with Doris Day, 1962).Please click here to read Touch of Mink review. 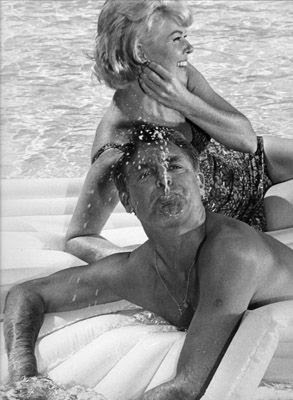 
The film is notable for its screenplay, the relationship between Grant and Hepburn and for being filmed on location in Paris. Also, for Henry Mancini's score and theme song and for the animated titles by Maurice Binder. Charade has been referred to as "the best Hitchcock movie that Hitchcock never made." 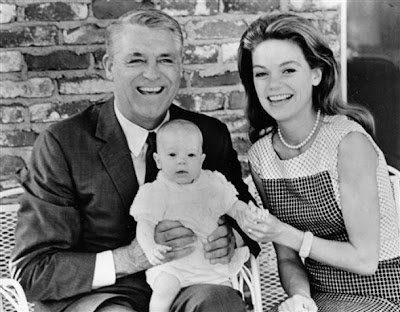 His only child is Jennifer Grant whose mother is Dyan Cannon. Actress Jennifer Grant, the only child of screen legend Cary Grant and his fourth wife, actress Dyan Cannon, gave birth to her first child on August 12, 2008, in Los Angeles, California. Jennifer,  named her son Cary Benjamin Grant.

Turned down the role of James Bond in Dr. No (1962), believing himself to be too old at 58 to play the character.

Donated his entire salary for Arsenic and Old Lace (1944) to the U.S. War Relief Fund.

Said Indiscreet (1958), to be his personal favorite film.

Was a great fan of Elvis Presley, and attended his Las Vegas shows. He is seen discussing Elvis' performance with him backstage during the closing credits of "That's The Way It Is" (1970). 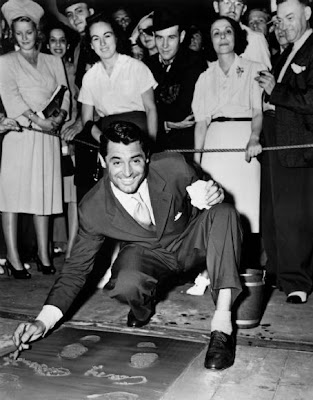 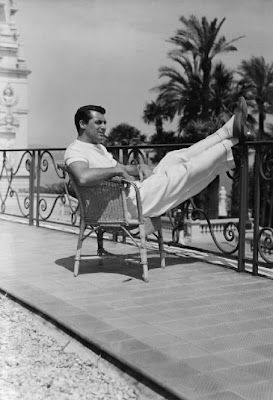