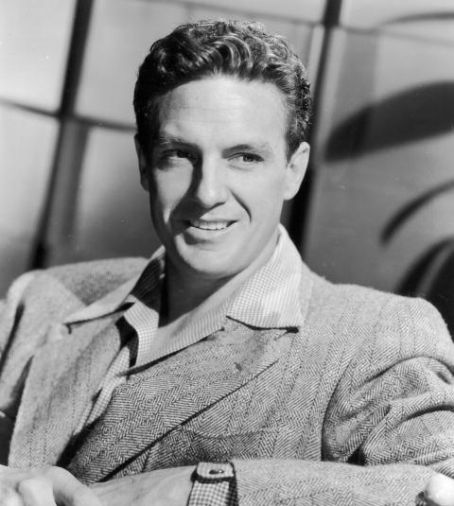 In addition to acting in over 40 films, he also performed on the television series The Untouchables and later was the host of Unsolved Mysteries.

Robert Stack's first film, was First Love(1939) and he was the first actor to give Durbin an on-screen kiss.

Stack won acclaim for his next role, The Mortal Storm (1940). This film was among the first to speak out against Adolf Hitler.

Stack admitted as a young man that he had a crush on Carole Lombard and in 1942 he performed with her in the film, To Be or Not To Be. He credits Lombard with giving him many tips on acting and being his mentor.

During World War II, Stack served as gunnery instructor in the United States Navy. He continued his film career and performed in the films, Fighter Squadron (1948) and A Date with Judy (1948). 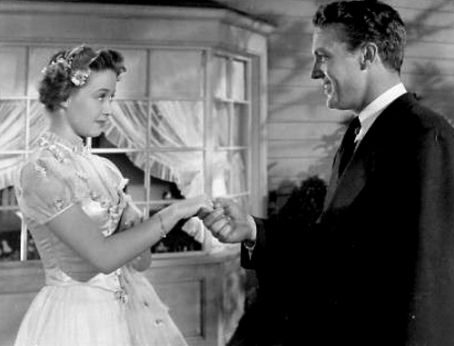 A Musical. Cast: Wallace Beery, Jane Powell, and Elizabeth Taylor. Directed by Richard Thorpe, the movie was based on a radio series of the same name. The film was to showcase the former child star Elizabeth Taylor, age 16 at the time. Taylor was given the full MGM glamour treatment, including specially designed gowns. Robert Stack is in a prominent supporting role. The film features the singing voice of Jane Powell, and is also a showcase for the musical performances of Carmen Miranda and Xavier Cugat.

Another film Robert Stack performed in was, Bwana Devil (1952).

Stack most important movie role is when he performed with John Wayne in, The High and the Mighty(1954).

In 1957, Stack was nominated for an Academy Award for Best Supporting Actor for Written on the Wind.

Email ThisBlogThis!Share to TwitterShare to FacebookShare to Pinterest
Labels: robert stack, summer under the stars 2010