Myrna Dell- "B" cheesecake blonde and glamour girl of the 40s and early 50s. 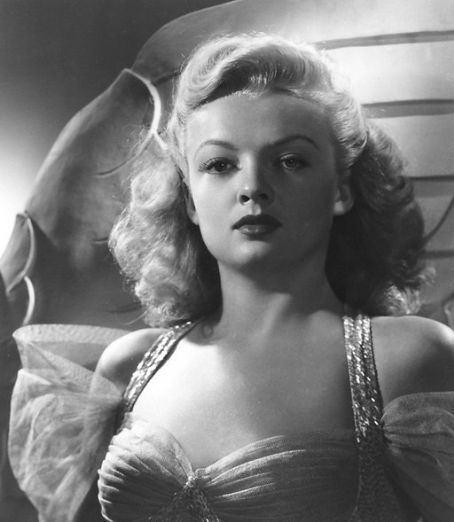 Myrna Dell, made her first film, A Night at Earl Carroll's (1940). Then signed with MGM, she performed in the film, Ziegfeld Girl (1941). She soon began performing at the Billy Rose Nightclub, then spent a season in the "George White's Scandals" revue. Bitten by the acting bug, Hollywood never left her, and she went back in 1943 and performed in westerns with, Bob Steele and Hoot Gibson. She had a small part in the classic, Thirty Seconds Over Tokyo (1944), and soon signed a contract with RKO Pictures. RKO kept her busy, putting her in more than 20 films over the next few years, even performing with future US President Ronald Reagan in, The Girl from Jones Beach (1949). She gave a good performance in the western The Bushwhackers (1952).

The story begins when, Confederate Veteran, Jeff Waring, arrives in Independence, Missouri shortly after the Civil War. Wanting never to use a gun again. Until, he meets up with rancher, Taylor and his henchmen, Sam Tobin and Cree, who are forcing out the settlers in order to take their land for the railroad. Myrna Dell, is Taylor's daughter and Dorothy Malone plays the school marm.
Posted by Dawn at 6:59 AM