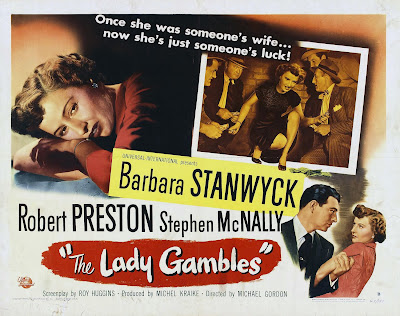 In Chicago, after Joan is caught with loaded dice during a craps game, she is severely beaten by the men she was cheating. Arriving at the hospital Joan's estranged husband, David Boothe, shares her story with the doctor who is treating her injuries, how his wife became a desperate woman:

While David, a reporter, working on his story at Hoover Dam, Joan spends the day in the casino in their Las Vegas hotel with a hidden camera, taking photos for a story of her own. She is soon spotted by Horace Corrigan, the casino's owner, who asks why she is being so secretive. After they talk about why she is taking pictures of the casino, he gives her some free house chips to gamble with. Joan spends the evening gambling and tells David that she finds gambling "exciting." When it comes time for them to leave Las Vegas, she tries to talk him into spending the night gambling with her, but he insists he has to get back to work. Bored with gambling with the free chips, Joan borrows fifty dollars from David's $600 expense account and quickly loses it at the craps table. By early the next morning, Joan has used up all her money and goes to Corrigan, for a loan.Recognizing that Joan is a compulsive gambler, Corrigan says "no". Upset Joan pawns her camera and, with that money, wins back the $600. After she replaces the money, Joan finds out that her, neurotic sister Ruth has just arrived from Chicago.Ruth, who helped raise Joan after their mother died from childbirth and now controls Joan through guilt, resents David, and he decides to return to Chicago alone.

I thought this was a very interesting film about gambling addiction. It is also interesting to see how the Vegas strip looked in over 50 years ago. A young, unknown Tony Curtis has a cameo as a bell boy. 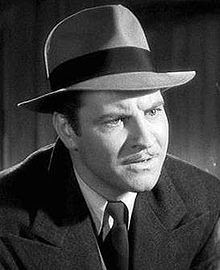 In 1961, Preston was asked to make a recording as part of a program by the President's Council on Physical Fitness to get school children to exercise. The song, "Chicken Fat,"was distributed to schools across the country and played for students during P.E. every morning.

Although, he was not known for his singing voice, Preston performed in many film musicals such as: Mame(1974) and Victor Victoria(1982), for which he received an Academy Award nomination. His last role in a film was in, The Last Starfighter (1984).
Posted by Dawn at 3:02 PM