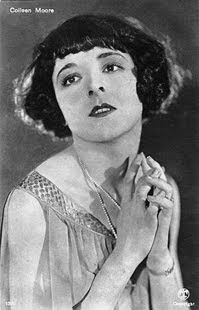 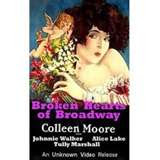 "Broken Hearts of Broadway" (1923) is a silent drama starring Colleen Moore, Johnnie Walker, and Alice Lake. Directed by Irving Cummings, this film is about a country girl who comes to New York to try for stardom on Broadway. The story begins with Mary Ellis, played by Colleen Moore, arriving in the big city and sharing a room in a boarding house with a flashy young woman named "Bubbles" Revere, played by Alice Lake. Upstairs from Mary and Bubbles lives George Colton, played by Johnnie Walker, an aspiring songwriter. On the third floor lives Tony Guido, played by Tony Merlo, a struggling artist who is in love with Bubbles. She is not interested in the struggling artist and is instead going out with Barry Peale, played by Arthur Stuart Hull, who got her a job as a chorus girl with the Junetime Company where he is part owner. Mary soon begins the weary round of the theatrical agencies with absolutely no success. George, who has become her friend, encourages her to stay optimistic. Bubbles believes Mary should see less of George and accept a date from Frank Huntleigh, played by Freeman Wood, who owns the other half of the Junetime Company. With Bubbles' influence, Mary secures her first job with the Junetime Company as a chorus girl. Frank, who is smitten with Mary, presents her with a gold bracelet after the first show. Reluctant to play his game, Mary turns him down cold and gives him back the bracelet. Within a few days of turning down Frank, Mary gets fired. Bubbles advises Mary to play his game, but she adheres to her principles. George quickly finds Mary a job at the Dragon Cafe where he works as a pianist. Unfortunately, Mary winds up hitting a male customer who gets fresh with her during her first performance. Unemployed again and sick of being a failure, Mary tells Bubbles that she is willing to play the game to succeed. That evening, Bubbles arranges Barry's driver to pick Frank and Mary up and bring them to the the theater. This sets up an opportunity for them to chat and patch things up. However, Mary is repulsed by Frank's amorous advances and ends up slapping him. At this point, Mary quickly gets out of the limousine and walks away. A while later, Bubbles heads off to Barry's limousine and finds him dead. The next day the New York newspapers have Mary Ellis wanted for the attempted murder of Barry Peale. George, who is in love with Mary, is confident that she is innocent and is able to raise enough money with the help of friends to release her on bail. However, when Barry dies a few days later Mary voluntarily surrenders to the police. If Mary did not murder Barry, who did? 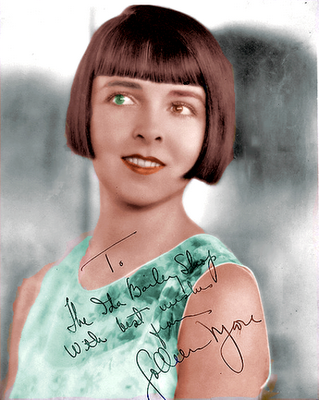 Hint: Was it Bubbles, George, Tony or Frank?

"Broken Hearts of Broadway" was one of Colleen Moore's first starring roles. In this minor film and in a rather unoriginal role, Moore shows herself to be a highly capable actress, able to project emotions very effectively. Her clothes are always simple and rather elegant, so that she looks extremely modern. The unadorned look kept the emphasis on her soft face and beautiful eyes. Even though Moore had been promoted to stardom, she hadn't yet found her screen persona. However, her final film of 1923, released in November, was "Flaming Youth." In this film, Moore played a flapper and the persona issue was resolved. It was "Flaming Youth" that turned Moore into one of the biggest stars of the 1920's and made the term "flapper" a household word. Unfortunately, the film is now lost and extant reels are at the Library of Congress. Clara Bow, who started in films after Moore, was also labeled a flapper over and over again in reviews of the day. Moore is almost completely unknown today because only about fifteen of her films exist to be screened. Bow is better known as a hot 1920's jazz baby. Bow and Moore offered audiences two different types of flapper: Bow was sexy whil 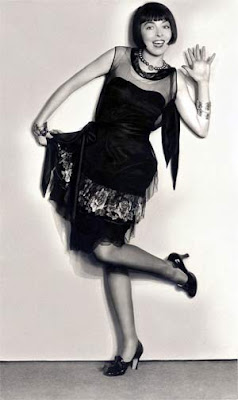 e Moore was wholesome. Moore was slim and sleek, with the boyish figure of the 1920's silhouette. Her hair was worn very short, straight across the bottom, and topped off with bangs. This cut called "The Dutch Boy bob" was popularized by Moore, not Louise Brooks. Bow, on the other hand, was curvy with lots of cleavage. Her hair was tangled, thick and lush. Colleen Moore's onscreen flappers became symbols of what a flapper really was. She was cute and lively, but she wasn't sensual like Clara Bow. She might be liberated in clothes, haircut, and social behavior, but the world still had its old-fashioned values in the 1920's. Moore's characters were very popular with women audiences who made her their movie idol. No longer did a girl have to be beautiful to be sought after. Any plain Jane could become a flapper. Moore was equally popular with men who appreciated her style. From 1923 to 1929, Moore reigned as queen of First National. John McCormick, her husband and the head of the studio, pushed her career at every opportunity. When the era of the flapper ended, so did the marriage. After a few stage appearances and her four comeback films of 1933-1934, Moore retired. With most of her silent films non existent on DVD, "Broken Hearts of Broadway" is a rare opportunity to take a look at the most popular Hollywood actress of the mid 1920's.
Posted by Silentfilmfanatic at 4:06 PM