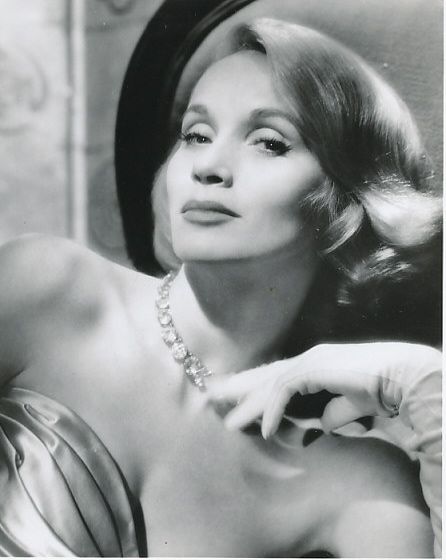 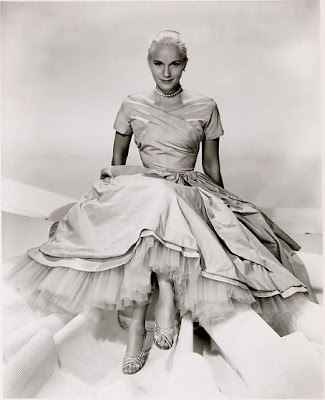 Eva Marie Saint's television carrer began as an NBC page. In the late 1940s, she began working in radio and television before winning the Drama Critics Award for her Broadway stage role in The Trip to Bountiful (1953), in which she co-starred with Lillian Gish and Jo Van Fleet. In 1955, she was nominated for her first Emmy for "Best Actress In A Single Performance" on The Philco Television Playhouse in Middle of the Night . She won another Emmy nomination for the 1955 television musical classic play Our Town with co-stars Paul Newman (in his only musical) and Frank Sinatra. Saint also became known as "the Helen Hayes of television."

Alfred Hitchcock surprised everyone by choosing Saint over dozens of other candidates for the femme fatale role in North by Northwest (1959) with Cary Grant and James Mason. Hitchcock's decision to cut Saint's waist-length blonde hair for the first time in her career made head lines. Hitchcock beleived that short hair gave her a more exotic look, in keeping with her role of the glamorous woman. The director also worked with Saint to make her voice lower and huskier and even chose costumes for her.

Saint has performed in many television specials and documentaries, including The Making of North by Northwest, which she narrated and hosted. In 2009, she made a rare public appearance at the 81st Academy Awards ceremony as a Best Supporting Actress presenter. She has two stars on the Hollywood Walk of Fame, for motion pictures at 6624 Hollywood Boulevard, and television at 6730 Hollywood Boulevard.
CLIP OF Frank Sinatra presenting Eva Marie Saint the Best Supporting Actress Oscar® for her performance in "On the Waterfront" at the 27th Academy Awards® in 1955.
Posted by Dawn at 6:29 AM