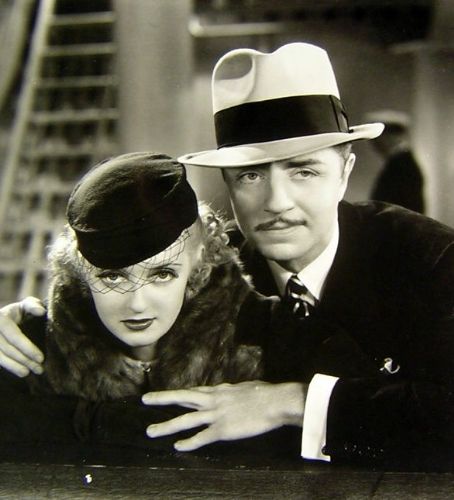 Fashions of 1934(1934). Pre-Code/musical/comedy directed by William Dieterle with musical numbers created and directed by Busby Berkeley. Based on the story The Fashion Plate by Harry Collins and Warren Duff. Cast: William Powell and Bette Davis.

They learn by accident that Oscar Baroque, gets his ideas from old costume designs. Lynn, picks up on the idea and she and Sherwood sells her designs to their New York customers.

Sherwood, comes up with a new scam and becomes partners with Joe Ward, an ostrich feather salesman after he recognizes the Grand Duchess Alix, his old friend, Mabel. Threatening to expose who she really is, Sherwood suggests that she convince Baroque, to back and design the costumes of the musical in which she is performing. Wanting to please the Grand Duchess, Baroque buys Ward's entire supply of ostrich feathers. Lynn, who has grown very tired of his scams, thinks about leaving him for the piano player.

Sherwood opens a new fashion house called, Maison Elegance and Lynn's designs are very popular, until Baroque finds out about their scam. The police give him one afternoon to straighten everything out. Will he be successful or ruin everyones lives? 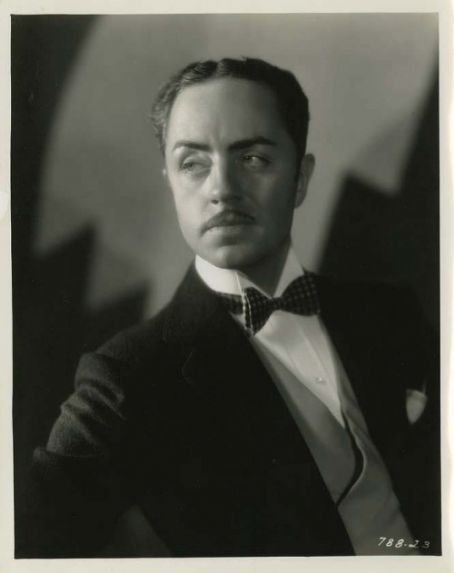 William Powell, is one of those witty con artiest that you can not help fall in love with and root for. You will not be able to take your eyes off the very talented Bette Davis and her glamorous blonde hair. If you enjoy fashions from the 30's. This film is for you.

One of the main reasons why I wanted to watch this film, was for the production number created by Busby Berkeley. Meant to showcase 'Spin A Little Web Of Dreams' with Busby's trademark identical blonde showgirls performing complicated dance numbers. 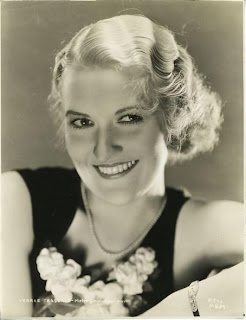 After co-starring in Somerset Maugham's play, The Constant Wife with Ethel Barrymore in 1926-27, she was offered a film contract and her first film, Syncopation(1929).

Teasdale appeared older than her physical age, which enabled her to play bored society wives, scheming other women and second leads in comedies such as, Roman Scandals (1933).

In 1935 she married actor Adolphe Menjou, and they remained together until his death in 1963. Teasdale and Menjou  performed together in two films, The Milky Way(1936) and Turnabout (1940), and were also co-hosts of a syndicated radio program in the late 1940's and early 1950's.

Teasdale retired after the radio program finished its run, keeping busy with her hobby of costume design. 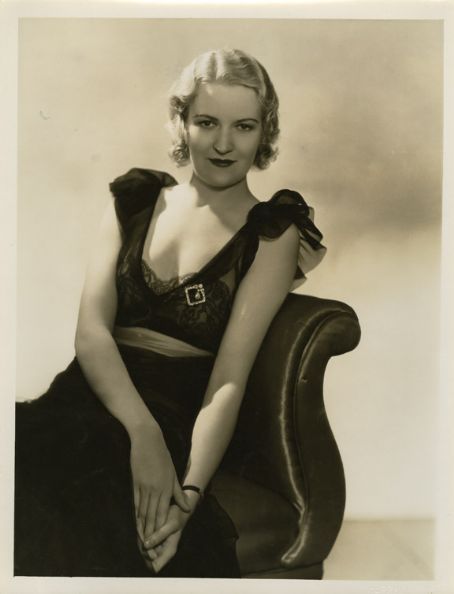